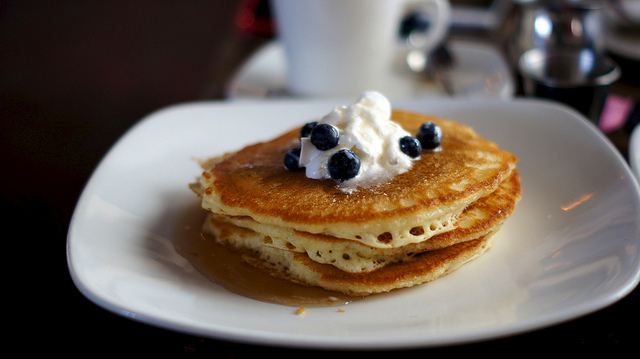 David Shaftel isn’t feeling it. He scoffs that the “meal has spread like a virus from Sunday to Saturday and has jumped the midafternoon boundary”:

Once the domain of Easter Sunday, it has become a twice-weekly symbol of our culture’s increasing desire to reject adulthood. It’s about throwing out not only the established schedule but also the social conventions of our parents’ generation. It’s about reveling in the naughtiness of waking up late, having cocktails at breakfast and eggs all day. It’s the mealtime equivalent of a Jeff Koons sculpture.

Brunch is a break from routine. It doesn’t seem infantilizing though, more just a chance to play hooky from the stresses of the workweek. It is hardly a rejection of adulthood, rather a momentary escape from routine. And if it is a rejection of adulthood, the brutal truth is it only lasts two hours tops before the demands of the big-A—bill paying, work stuff, relationship crises, cleaning your apartment, running errands—reassert themselves.

Brunch is like an afternoon trip to the cinema, a lost hour to yourself walking and mooching, a stolen half hour watching the table tennis players in Bryant Park, or losing yourself in The New Yorker in a coffee shop: delicious time, time to be savored that’s off the grid.