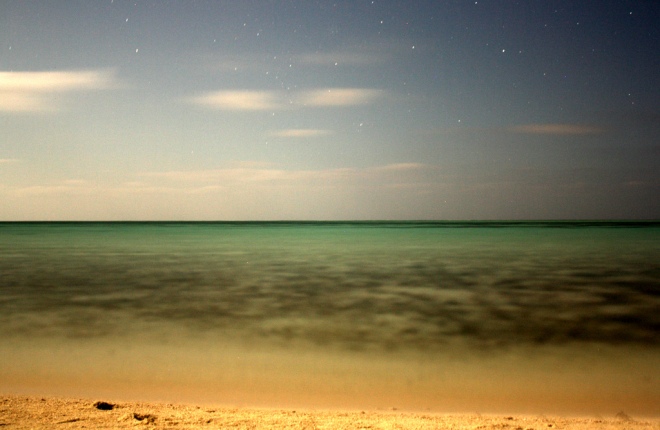 “Poem of Thanks” by Sharon Olds:

Years later, long single,
I want to turn to his departed back,
and say, What gifts we had of each other!
What pleasure—confiding, open-eyed,
fainting with what we were allowed to stay up
late doing. And you couldn’t say,
could you, that the touch you had from me
was other than the touch of one
who could love for life—whether we were suited
or not—for life, like a sentence. And now that I
consider, the touch that I had from you
became not the touch of the long view, but like the
tolerant willingness of one
who is passing through. Colleague of sand
by moonlight—and by beach noonlight, once,
and of straw, salt bale in a barn, and mulch
inside a garden, between the rows—once—
partner of up against the wall in that tiny
bathroom with the lock that fluttered like a chrome
butterfly beside us, hip-height, the familiar
of our innocence, which was the ignorance
of what would be asked, what was required,
thank you for every hour. And I
accept your thanks, as if it were
a gift of yours, to give them—let’s part
equals, as we were in every bed, pure
equals of the earth.

(From Stag’s Leap: Poems by Sharon Olds © 2012 by Sharon Olds. Used by permission of Alfred A. Knopf, an imprint of the Knopf Doubleday Publishing Group, a division of Random House LLC. All rights reserved. Photo by Ahmed Mahin Fayaz)