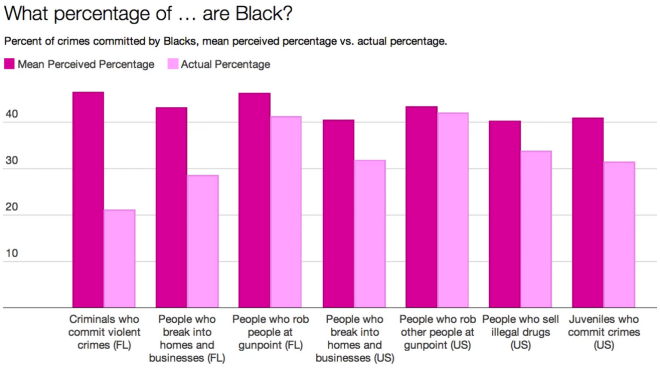 Ana Swanson flags a 2012 paper in which “researchers argued that black people commit a much lower share of crimes than whites assume”:

The paper compares two surveys of people’s perceptions about violent crime with actual statistics. The “mean perceived percentage” figures are based on responses of white people in two telephone surveys: A random telephone survey of 1,575 adults conducted in Florida by the Research Network in 2005, and a nationally representative sample of 961 respondents directed by Oppenheimer Research in the summer of 2010. The “actual percentage” figures are drawn from various annual statistics published by the U.S. Department of Justice.