Scroll down for some reaction to the decision by a Staten Island Grand Jury not to indict – even for a lower charge of manslaughter – a cop who killed a man for selling loosie cigarettes.

The most popular post of the day was Ebola, ISIS, Putin: Meep Meep Watch; followed by Ezra Sells Out. But who in journalism at this point hasn’t?

Many of today’s posts were updated with your emails – read them all here.  You can always leave your unfiltered comments at our Facebook page and @sullydish. 22 more readers became subscribers today. You can join them here – and get access to all the readons and Deep Dish – for a little as $1.99 month. Gift subscriptions are available here. Dish t-shirts are for sale here and our new mugs here. Another happy customer: 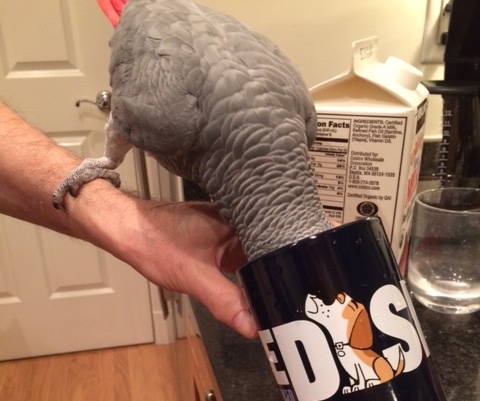 Even parrots love the Dish!