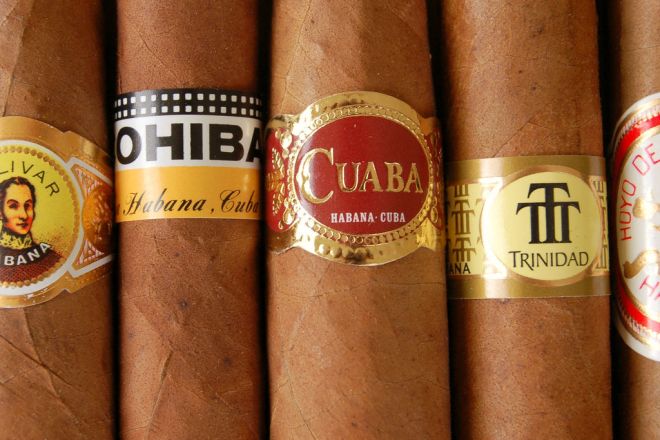 Roberto Ferdman deflates some of the hype surrounding Cuban cigars, which Americans will soon be able to buy more easily:

Each year, Cigar Aficionado, the leading industry magazine, publishes a list of the top 25 cigars in the world. Last year, the number one cigar was the Montecristo no. 2, which is made in Cuba. But only two of the remaining 24 also came from the country. By contrast, 11 were from the Dominican Republic, and 10 were made in Nicaragua. The magazine has yet to reveal its top pick for 2014, but among the remaining 24 the vast majority are once again from countries other than Cuba. And a similar pattern can be seen in virtually every year that the publication has issued its rankings. “The playing field has been leveled,” said David Savona, executive editor of Cigar Aficionado.

Alison Griswold suspects that the storied tobacco derives its reputation from scarcity as much as from anything else:

“It’s a forbidden fruit,” explains Eric Newman, president of Tampa, Florida-based J.C. Newman Cigar Company, a cigar manufacturer. “The biggest market in the world prohibits them from entering the marketplace.” Rather than deterring U.S. consumers, that ban may have in fact proved the biggest selling point for Cuban cigars over the last 50 years. People in the industry compare their allure to that of Coors beer before it became easily available beyond the American west. So great was the East Coast’s unrequited love for Coors in the 1970s that the quest to bring the beer from West to East was depicted in the popular 1977 film Smokey and the Bandit.

With both Coors and Cuban cigars, the question has been whether the product is ultimately worth the hype surrounding it. “Coors isn’t a bad beer, but is it the best beer in the world?” [president of Corona Cigar Company Jeff] Borysiewicz asks. “Cuban cigars are kind of the same way.”

But Dylan Matthews relays some evidence that Cubans really are superior:

So Cuba produces some excellent cigars. But do they, on average, surpass those of other countries? A 2003 paper in the Quarterly Journal of Economics and Finance suggests yes. The University of Virginia’s David Freccia and Wesleyan’s Joyce Jacobsen and Peter Kilby collected Cigar Aficionado quality ratings and price data for 689 different cigars, and sought to identify determinants of both high prices and high ratings. They took into account a battery of subjective factors — did the Cigar Aficionado review describe the cigar as mild? as well built? as smooth? was it nutty or cocoa-y or creamy? — as well as national origins.

They found that the single most important determinant of both prices and ratings was whether or not the cigar originated from Cuba. Being from Cuba bumped up a cigar’s rating by 4.05 points on a 100-point scale, on average; by contrast, being described as “well built” only gained a cigar 1.28 points, and being “leathery” only resulted in a 1.87 point gain.