He was too original to classify in his own day or to fit the pigeonholes of academe in ours. The American political theorist Russell Kirk called him the 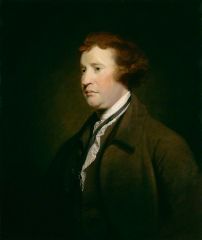 “father of conservatism” and this has become the conventional wisdom. There is something in it. Burke certainly believed in property, hierarchy and tradition and defended them with passion and occasional savagery.

However, typecasting him as a conservative makes his legacy banal and obscures its subtleties. Burke, the believer in hierarchy and tradition, was also Burke, the champion of the voiceless millions of Bengal; Burke, the friend of the liberty-loving American colonists in their dispute with the British crown; and Burke, the hammer of the grasping Protestant landlords of his native Ireland and their cruel penal laws.

For Lord Acton, the 19th-century historian and Gladstone protégé, Burke was one of the three greatest liberals in British history, along with Gladstone and Macaulay. Macaulay, too, considered him the greatest man since Milton. Gladstone thought his writings on Ireland a “magazine of wisdom”. Woodrow Wilson saw him as a paramount interpreter of English liberty. John Morley, Gladstone’s disciple and eventual biographer, wrote an admiring study of Burke while making it clear that he differed with him over the French Revolution.

(Image: Joshua Reynold’s portrait of Burke, circa 1767-69, via Wikimedia Commons)