YouGov has a few charts that could qualify: 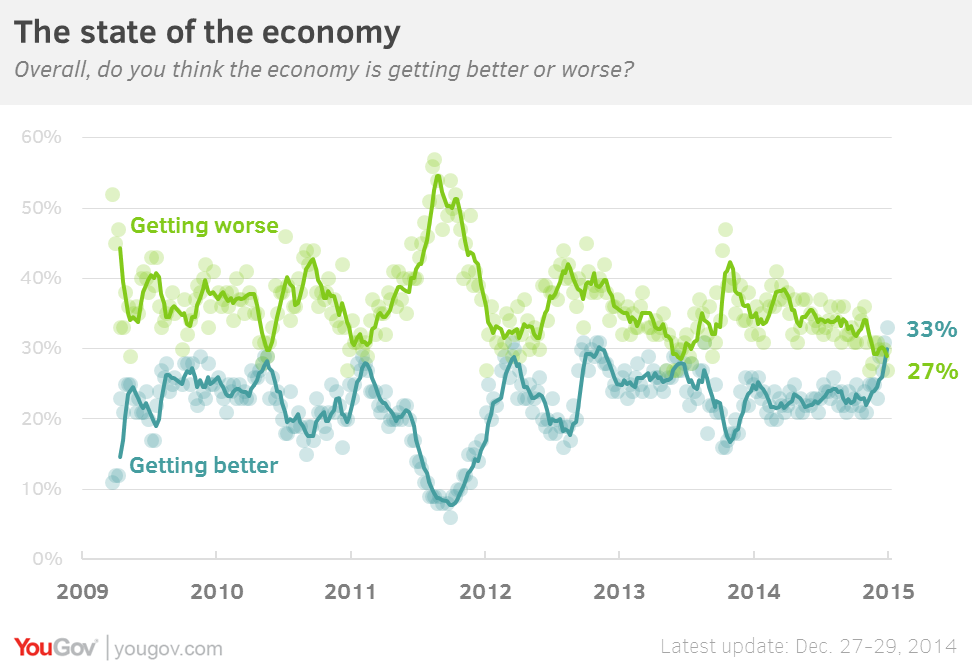 Assessments of both the economy and of the President continue to have a partisan basis.  Republican approval of the way the President is handling his job barely reaches double digits (12% this week), although in many recent Economist/YouGov Polls, is was below 10%.  And only 35% of independents approve.  But 80% of Democrats do, one of the President’s highest ratings in recent months from his own party’s identifiers.

A similar pattern holds when assessing the state of the economy.  Although 44% of Republicans believe the economy is getting worse, that is much lower than most previous numbers.  A majority of Democrats are optimistic.  Independents are divided.