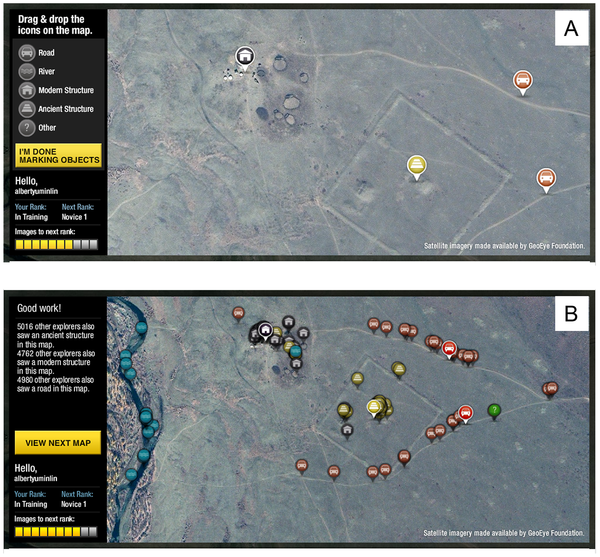 Among archaeologists, the burial place of Genghis Khan is akin to the Holy Grail: a secret lost to time that would be a history-making find if discovered. When the Mongol leader died in 1227, his body was buried in accordance with custom in an unmarked grave. Unfortunately, nobody knows where it is, as everyone who witnessed the burial was killed to protect the secret of his gravesite. A vast area surrounding the probable location, known as Ikh Khorig or “the Great Taboo”, was declared sacred and sealed off to outsiders for nearly 800 years until archaeologists were finally allowed to start excavating there in 1989. Ben Richmond highlights one researcher who is taking a novel approach to the search by crowdsourcing the task to armchair archaeologists working from satellite images:

Albert Yu-Min Lin, from the Center for Interdisciplinary Science in Art, Architecture, and Archaeology at the University of California, San Diego, devised a way to hunt for Genghis Khan’s tomb without touching or toppling anything: Have anyone who’s interested in doing so tag potential sites of investigation from the comfort of their own homes, on images taken from the respectful distance of satellite orbit.

“Explorers” were welcome to map rivers and roads, and flag modern structures, as well as potentially ancient structures on thousands of ultra-high resolution satellite images of the region. There was a lot of ground to cover—6,000 square kilometers, but there were also a lot of volunteers. The system was launched in June 2010, and in just its first 90 days, 5,838 people had contributed more than 1.2 million tags. By the end of the year, over 10,000 participants had generated 2.3 million tags—contributing a total of 30,000 hours of human visual analytics to the images, according to the study’s initial results, just published in the journal PLOS One.

Anthropologist Jack Weatherford touches on this mystery in his 2005 book Genghis Khan and the Making of the Modern World, an eminently readable narrative account of the great Khan’s life and its aftermath, based primarily on The Secret History of the Mongols, a near-contemporary folkloric biography.