The staff of Charlie Hebdo were not the only people killed on Wednesday for blaspheming Islam. In Pakistan, 52-year-old Aabid Mehmood, a mentally disturbed man who had served two years in jail for claiming he was a prophet, was kidnapped and murdered – a sadly common occurrence in a country where blasphemy is a capital crime:

Mehmood was spared a death sentence, but he spent more than two years in prison. He was released several months ago because of his medical condition, said Muhammad Ayub, a local police official. On Wednesday, according to Ayub, unknown gunmen took Mehmood from his home and shot him in the head and chest before dumping his body. …

Thirty-eight people in Pakistan are serving life sentences or are on death row after being accused of blasphemy, according to Knox Thames, director of policy and research at the U.S. Commission on International Religious Freedom. Five of them were convicted in 2014, the same year that a high court upheld the death sentence for a Christian woman accused of defaming Muhammad during a 2010 argument with co-workers. For many blasphemy suspects, however, the real death sentence all too often comes at the hands of enraged mobs.

And just today, a liberal blogger in Saudi Arabia was publicly flogged for “insulting Islam”: 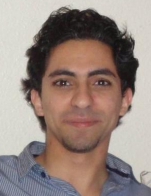 [Raif] Badawi, 30, was arrested in June 2012 and charged with offenses ranging from cyber crime to disobeying his father and apostasy, or abandoning his faith. He was sentenced to 10 years in prison, a fine of 1 million Saudi riyals ($266,666) and 1,000 lashes last year after prosecutors challenged an earlier sentence of seven years and 600 lashes as being too lenient. Witnesses said that Badawi was flogged after the weekly Friday prayers near Al-Jafali mosque as a crowd of worshipers looked on.

Badawi got off easy, in the sense that Saudi Arabia also considers apostasy a capital crime. So as bad as France’s blasphemy laws are, they’re nothing compared to many in the Muslim world. In the search for some constructive response to the Charlie massacre, Tomasky suggests we focus our ire on the latter laws:

[S]urely at least part of the reason that terrorists think it’s okay to kill people who blaspheme the Prophet is that too many Arab or Muslim states say it’s okay. It would be nice to see a concerted international effort to change these laws grow out of this week’s calamity.

At least Western governments like Ireland and Canada are getting that message:

Blasphemy laws are harshest and most common in the Muslim world, but aren’t exclusive to it. In the wake of Pussy Riot’s church performance, Russia’s parliament passed a new law mandating jail terms for insults to religion. Nearly a quarter of the world’s countries have blasphemy laws on their books, according to Pew, and one out of 10 bans apostasy. The Charlie Hebdo killings have already prompted some Western governments, notably Ireland and Canada, to announce that they will reconsider the blasphemy laws on their books. But in much of the world, governments, not terrorists, will continue to be the biggest threat to freedom of and from religion.