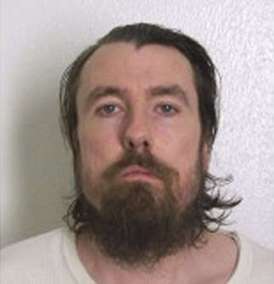 religion. Put simply, the prison will not allow him to follow the tenets of his religion and grow a beard. And it didn’t matter, the Court explained, that he could practice his religion in other ways, such as by observing Muslim holidays and having a prayer rug.

The Court was also unconvinced by the state’s justifications for the ban. For example, the Court did not agree that the ban was necessary to prevent inmates from hiding things like razor blades, needles, drugs, or cellphone SIM cards (which could be used to run drug rings from prison) in their beards. That particular argument, the Court suggested, was “hard to take seriously” because most things would be too big to hide in the half-inch beard that Holt is seeking permission to grow, and anything that was small enough to hide would probably fall out anyway. But in any event, if this were actually a problem, it could easily be eliminated simply by making an inmate run a comb through his beard.

The similarity between the [Religious Land Use and Institutionalized Persons Act] and “its sister statute” enacted the same year, the Religious Freedom Restoration Act, made this a straightforward case for the Court.

“Congress enacted RFRA in order to provide greater protection for religious exercise than is available under the First Amendment,” Justice Samuel Alito wrote, citing Hobby Lobby. “RLUIPA thus allows prisoners ‘to seek religious accommodations pursuant to the same standard as set forth in RFRA,’” Alito explained, in explaining the close relationship between the two statutes. Both acts rely on a balancing test to determine whether a government action potentially infringing on a person’s religious exercise is valid. Any restriction on an individual’s religious exercise must both further a “compelling governmental interest” and be “the least restrictive means of furthering that compelling governmental interest.”

Carrie Severino has more on the degree of burden allowed on a person’s religious practice:

[This ruling] emphasizes that it is the religiously-motivated view of an action, not the unbelieving bystander’s judgment of its importance, that determines whether a burden is substantial.  That is particularly important where, as here, courts are dealing with a minority or unpopular religion.

The Court also clarified some key points respecting substantial burdens.  First, it noted that permission to engage in many other aspects of religions exercise – here, praying daily, keeping a prayer rug, corresponding with religious advisors, keeping a halal diet, and observing religious holidays – does not cancel out the effect of denying Holt the ability to carry out his simultaneous religious obligation to grow a beard.  Additionally, the Court corrected a misunderstanding below that only “compelled” religious practices could be substantially burdened or that disagreements within the Muslim community about the necessity of growing a beard meant curtailing that ability was not a substantial burden.  After all, courts have no business making a judgment call about the fundamentally theological questions of how much religious practice is “enough” or which view of a certain religion is correct.

Justice Ginsberg sought to differentiate her vote from her dissent against the Hobby Lobby ruling, writing that “accommodating petitioner’s religious belief in this case would not detrimentally affect others who do not share petitioner’s belief.” Steven Mazie unpacks her words:

The distinction Justice Ginsburg wishes to push, then, is this: part of the court’s investigation in considering whether to grant religious exemptions from generally applicable laws, as in Hobby Lobby, or from prison grooming regulations, as in Holt, is whether and in what way the accommodation will impact the lives of third parties. No one suffers when Mr Holt lets his stubble grow a bit. But when a corporation with 23,000 employees refuses to provide a benefit available under federal law, thousands of women are directly impacted. They have to buy their own birth control pills, for example, or shell out $1,000 for their own IUDs.

But he wades into some complexity:

While there are clear cases like Hobby Lobby and Holt where an accommodation either does or doesn’t entail harm on third parties, there are other cases that are more difficult to classify. You could say, for example, that no one is harmed when a Seventh Day Adventist gets her unemployment check after being fired for refusing to work on Saturday. But taxpayers foot that bill; they are an impacted third party. And you could say that when an Amish family gets to keep its children on the farm rather than sending them to high school, nobody outside the Amish world is negatively affected. But what about the children who are denied an education that could give them choices and expose them to possibilities outside the Old Order Amish Church?

Looking ahead, Eugene Volokh believes there will be more decisions like Holt‘s:

Now that the Court has a trio of recent cases accepting religious exemption claims, and no cases rejecting such claims, I think this will lead judges to take such claims much more seriously — and will embolden litigators to bring such claims. (It should also help the Becket Fund for Religious Liberty, which won both this case and Hobby Lobby, raise funds for such litigation.) And while RFRA only affects federal laws, RLUIPA affects state prisons and state zoning decisions, and over half the states have either state RFRA-like statutes or state constitutional regimes that are similar to RFRA.

So I think Holt, together with the other two cases, will create ripples far outside prison cases. And that’s especially so given its analysis [of] how a statute’s underinclusiveness can show that exemptions should be granted, how a statute’s unusualness can do the same, and how demanding the “least restrictive means” test is.

Indeed, an anxious Noah Feldman sees a creep in the conservative Court:

Step by step, the justices are expanding the logic of religious exemptions from otherwise neutral laws. Over time, this is leading to a de facto reversal of the Supreme Court’s doctrine that ordinarily denies religious exemptions under the Constitution. This is a good thing when there’s no counteracting compelling interest in applying the law. But it can also go too far, as it did in June’s Burwell v. Hobby Lobby decision.

Historically, statute-by-statute religious exemptions have been common in American history. Liberal Justices and advocacy groups pushed, especially starting with the 1960s, for a broader regime of presumptive exemptions for religious objectors, and they got it. Conservative Justices pushed back, and eventually overturned this regime.

Then the movement became bipartisan, as Congress tried to re-enact a broad presumptive exemption regime with RFRA and RLUIPA. And only in recent years has the opposition to religious exemptions — not just individual exemptions in individual cases, but to having RFRA-like regimes altogether — become somewhat more a liberal matter than a conservative one.