I spent the day monitoring the latest p.r. push by the Human Rights Campaign (i.e. the Becker book on the marriage equality movement), and absorbing the debates among the earliest Christians about how exactly they came to believe that Jesus was God. The fruits of Dishness, I guess.

On the Obama front, has anyone noticed that the latest surveys from Gallup and Rasmussen show his approval rating climbing back up quite sharply?

On the ex-sherpas front, I can’t help bit think of this classic Onion piece on the douchebags who want to climb Everest or sail around the world alone.

On the HRC front, another one of them pops up on HuffPo to defend their record on marriage. Steve Fisher insists that HRC was front and center under Elizabeth Birch in the 1990s. How?

To build a movement of Americans on the side of LGBT equality, she led the creation of a slick logo built on a carefully calibrated 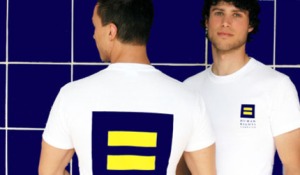 message about equality … With the logo as a calling card, HRC built a membership base of hundreds of thousands who have been called upon to lobby, take action and help move the bar in their home states, neighborhoods and workplaces … She and her team created the Corporate Equality Index, a mammoth project that annually graded (and thus coaxed) corporations on their LGBT employment policies.

Look: I’m not denying that these were decent initiatives and helped us all in the long run. But logos aren’t arguments. And on marriage, in the early and critical years, HRC said close to nothing and refused repeatedly to do anything. When some of us begged them to spend money on Hawaii’s marriage breakthrough, we were told to go raise the money ourselves. Pity all the donors had been told by HRC not to bother. For that matter, try and find a speech given by Birch in those years making the case for marriage equality. Try and find a clip of an HRC official on television making that case. Good luck.

As for Fisher, take a look at this NYT story from December 2004, reporting that HRC had decided even at that late date to drop marriage equality as an issue. And who in that piece is quoted backing this surrender? Steve Fisher!

Some gay rights activists, including the leadership of the Human Rights Campaign, said they believed that aggressively pursuing same-sex marriage only played into the hand of Republicans and religious conservatives, who skillfully used the issue this fall to energize their voters. Steven Fisher, the campaign’s communications director, said the group’s emphasis in coming months would be on communicating the struggles of gays in their families, workplaces, churches and synagogues … He also said the group would adopt a selective and incremental approach to winning rights rather than reaching for the gold ring of marriage right away.

You can spin but you can’t hide.

Today, we covered American oligarchy and Iraqi “democracy.” We took a look at responses – here and here – to Thomas Piketty’s new book on inequality. And we wondered what Chris Christie has been smoking lately. The Window View contest was a real, if romantic, teaser.

There’s still time to join this month’s book club – just download the e-book version of How Jesus Became God here. This reader did:

I just want to point that even before the book discussion begins, you are already doing what Ehrman specifically warns us not to do; you are treating the book as if it addresses the question of whether or not Jesus was (or is) ACTUALLY God.

Over and over and over – until I was ready to throw up my hands and scream “YES, I get the point already” – Ehrman emphasizes that he is investigating what early Christians believed about Jesus. He repeats endlessly that historians cannot make judgments about theological truth, only about historical investigation.

And as others have pointed out, the ideas in the book are not controversial among biblical scholars – except among those like the authors of the “response” book, who begin their investigation with the conclusion already determined.

I know, I know. But stay tuned for a Christian response (mine) to the book  – and then our debate.

A post update you might have missed: a reader in tiny Latta, SC gives his perspective on the firing of the town’s lesbian police chief. You can leave your unfiltered comments at our Facebook page and @sullydish.

17 more of you became subscribers today. Join them here.

And see you in the morning.