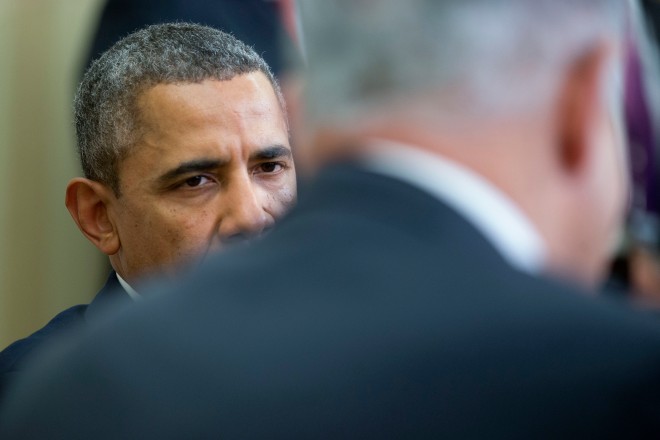 The White House, answers Stephen Walt, for lobbing childish insults at Netanyahu via anonymous officials rather than acknowledging the real problems with our relationship with Israel. Indeed, in his view, chickenshit-gate itself demonstrates just how messed up that relationship is:

Netanyahu’s decision not to attack Iran wasn’t a show of cowardice (or being a “chickenshit”); it was a sensible strategic choice. The war talk from Israel was intended to distract attention from the settlements issue, keep Iran in the crosshairs as Public Enemy No. 1, and convince the United States to impose stiffer sanctions in the hopes of securing a better deal from Tehran over its nuclear program. But an actual attack was never a serious possibility. Bibi’s bluster might have fooled journalists like Goldberg — who has raised bogus alarms about an imminent Israeli attack on more than one occasion — but sensible observers should not have been taken in by all this folderol.

In the end, this minor incident mostly confirms the unhealthy effects of the “special relationship” itself. The sad truth is that top U.S. officials still can’t say openly what they really think about Israel’s behavior, or what they really think about the relationship itself. The mildest criticism invites automatic abuse from the lobby, and of course, anyone aspiring to a top foreign-policy position still has to mouth embarrassing platitudes and repudiate any previous criticisms in order to get appointed and confirmed. Just ask Samantha Power and Chuck Hagel how this process works. Ironically, it is U.S. leaders who mostly lack courage on these issues, not Netanyahu.

Walt is right so far as he goes – but what administration would want to directly confront the Greater Israel lobby, when it could manage to make some progress by other means?

And look at the long game with Israel – which, beyond the daily headlines, really has been fruitful. Not so long ago, we were warned (by Jeffrey Goldberg among others) that Israel was determined to attack Iran’s nuclear program unless the US intervened and did so itself. This was an existential issue, we were told. The task of the United States was, as ever, to fall in line behind the policy of the state of Israel. The Obama team handled this bluff – and what kind of government bluffs about what it calls an existential threat? – with varying levels of equanimity and exasperation. But they also constructed truly potent sanctions against Iran to prod Tehran to come to a deal.

The sanctions worked. Netanyahu railed against the policy, holding up his famous cartoon bomb at the UN, which measured the Iranian progress. But as the Iranians agreed to talk, and temporarily suspended parts of its program, the threat receded.

We’re now in the critical stages of a negotiation that could provide a breakthrough, relieve the sanctions and enable a reliable inspections process to ensure that the West gets a year’s notice if the Iranians decide to renege on their commitment against a nuclear bomb. If an agreement is reached, Netanyahu will be on the opposite side of all the major international powers, and Israel isolated as never before – but also more secure than before.

This maneuvering – around rather than against the Israel lobby – puts the US in a much stronger position vis-a-vis the two state solution. With the Iran threat neutralized, Netanyahu’s constant provocations on the West Bank will appear more egregious than ever. And as Matt Duss argues,

the U.S. might then be less energetic about providing diplomatic cover for Israel in various international venues, especially as the Palestinians consider a new strategy to put pressure on Israel in organizations like the United Nations, possibly through another resolution condemning settlement activities, and the International Criminal Court.

Netanyahu will then look for salvation from the Clintons (but he royally pissed them off a long time ago) and, of course, from the GOP’s neocons. But his preferred policy – a US-led attack on Iran’s nuclear facilities – is hardly likely to play well in American public opinion, fearful (and rightly so) of yet another lurch into the unknown in the Middle East, with incalculable and unknowable consequences for the entire region and the world.

Well, and I guess I haven’t been saying this very often lately: meep meep.