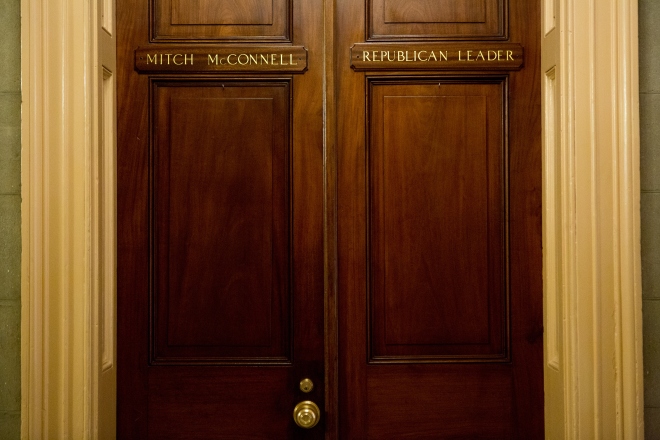 In this particular case, what was overestimated and misjudged was the permanent effectiveness of the Democratic blueprint from 2012, whose mix of social-issue appeals and tech-savvy voter targeting was supposed to work in tandem with demographic trends to cement a new socially-liberal, multicultural coalition, and render the G.O.P.’s position entirely untenable absent a major ideological reboot. That blueprint really was effective in ’12, and the underlying demographic trends are real, and one bad midterm election does not prove that the coalition cannot hold together, as Republicans may learn to their cost two years from now. But from a lot of the commentary after Obama’s re-election, you would have thought that the combination of ethnic-interest appeals on immigration policy, “war on women” rhetoric on social issues, and brilliant get-out-the-vote operations run by tech-savvy Millennials (who, we were told, were too liberal to ever build a website for a Republican) posed a kind of immediate and existential challenge to the G.O.P., requiring immediate capitulation on a range of fronts, with no time for finesse or calculation and no room for resistance.

No so, as it turned out. Events have intervened, Republican politicians and their party have managed to adapt, and — as often happens —  issue appeals that resonated in one political context have turned out to be less important than the fundamentals in another.

Marin Cogan contends that the “election has some potentially serious consequences for 2016”:

A sweep this year makes it much less likely for Democrats to take back the Senate in 2016, even if they win the presidency. But it doesn’t mean that voters should be girding themselves for President Ted Cruz in 2016, either. For the last two decades, neither party has held control of the Senate for more than eight years. For all the rhetoric you’ll hear in the coming days from Republicans that this is a mandate, it isn’t. Republicans still have a real challenge putting together a winning coalition in presidential campaign years. Democrats still have a hard time putting one together in the midterms. None of that appears to have changed on Tuesday night.

Obama’s popular majority, much of it concentrated in urban areas, gave him an electoral majority. But it was not distributed in a way that made for a majority in the House or, as we have just seen, a stable one in the Senate. And it also appears to have been dependent — even to an extent in blue states — on voters who do not show up in midterm elections. Accusing Republicans of hostility to contraception, for example, may work as a way of motivating marginal voters in presidential years, when they just need a little nudge to go to the polls. Not so in the midterms.

Cassidy thinks “it would be premature to call the 2014 election a major turning point”:

In short, this was a big protest vote, and a big defeat for President Obama. To that extent, it was a big victory for the Republicans. Mitch McConnell, the Senate Majority Leader-elect, earned his moment of glory. (“It’s time to turn this country around—and I will not let you down,” McConnell told a group of cheering supporters relatively early in the evening, following his thumping of Grimes.) But if a “wave election” is one that signifies important changes in the underlying dynamics of the American electorate, then this wasn’t a wave election.

Judis tries to find some good in the bad:

If there is a silver lining in the awful results of this year’s election, it lies in the fact that if the turnout had been similar to 2012 or 2008, the Democrats would have done much better. As The New York Times’ Nate Cohn has argued, that could bode well for 2016, which is not only a presidential year, but a year when the Republicans’ vulnerable Senate class of 2010 will come up for re-election. If you look at how the different groups voted, the Democrats preserved their edge among younger voters, African Americans (whose turnout seems to have been pretty good), Hispanics, single women, and professionals. Almost all the Democratic candidates did well, for instance, among voters with post-graduate degrees. In Georgia, Michelle Nunn won these voters by 53 to 46 percent. So that’s a consolation of sorts.

But in 2016 and in future midterm elections, the Democrats will still have to do better among those parts of the electorate that have flocked to the Republicans: older voters and white working-class voters. The numbers for the latter in this election were singularly dispiriting. In Florida, Democratic gubernatorial candidate Charlie Crist lost whites without college degrees by 32 to 61 percent; in Virginia, Senator Mark Warner’s near-death experience was due to losing these voters by 30 to 68 percent. In Colorado and Iowa, they held the key to Republican Senate victories. In 2012, the Democrats benefited by facing a Republican who reeked of money and privilege and displayed indifference toward the 47 percent. Romney lost the white working class in states like Ohio. Democrats may not have that luxury of a Mitt Romney in the next election. And in that case, they will have to do considerably better among these voters, or else 2016 could turn out to be another nightmare election for the Democrats.