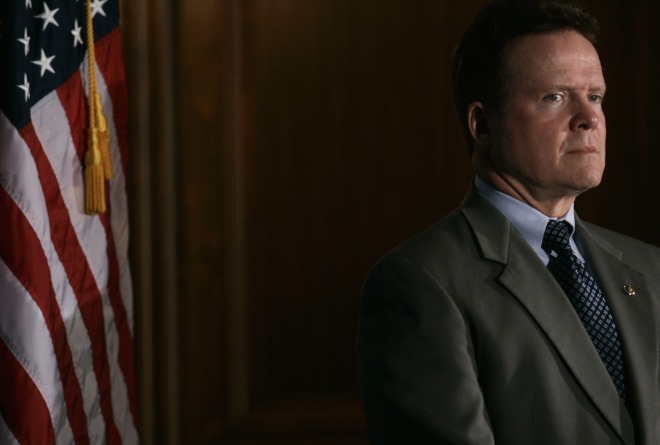 Jim Webb just launched a presidential exploratory committee, the first Dem to do so. Tim Murphy quips that Webb’s announcement video “looks like it was filmed by the people who make commercials for personal-injury attorneys.” Regardless, Larison is pleased by the news:

Assuming that Webb is able to drum up some substantial support in the coming months, his entry into the race should be very good and healthy for the Democratic Party and the country. There had to be someone in the primaries ready and able to hold Clinton accountable for her poor judgments on policy, and there needed to be someone qualified to make her earn a nomination that has so far been treated as her dynastic inheritance. Even an unsuccessful challenge will force Clinton to face up to the mistakes on her record, and it will offer Democratic voters a serious alternative to the establishment favorite.

I really, really don’t think the average potential primary supporter of Webb against Clinton is going to kick out the jams for a candidate who thinks the real problem in Washington is insufficient bipartisanship. Been there, done that, with Obama, and even Obama struggles to pay lip service to the idea, particularly now on the eve of an intensely partisan fight over immigration policy.

But Enten argues that running to center is a smart play:

Morrissey finds it “difficult to figure how seriously to take this bid”:

He doesn’t have much of a following any longer, having been all but absent for the last two years. He didn’t campaign significantly for Barack Obama in 2012, if at all, nor did he do anything for Democrats in this cycle — even though Webb tried grabbing attentiona couple of times this year about his 2016 aspirations. Webb seems to think that it’s still 2006 and the Left will draft him again without having to do any of the party-building work necessary for most serious contenders, such as Hillary Clinton. She may not have been effective in this cycle, but she and Bill hit the campaign trail and tried to get Democrats elected, as did Warren, Joe Biden, Martin O’Malley, and other Democrats who might be looking at a bid. Webb’s sat out campaigning since the 2008 election for Obama.

Philip Klein expects Webb’s opposition to women in combat to doom him:

In the 2016 context, given the Democratic Party’s recent emphasis on pushing the “war on women” narrative and the fact that Clinton has a good chance to become the first female president, Webb will be skewered as a fossil for having held these sorts of views.

But Michael Tracey insisted last week that Webb is Hillary’s most formidable challenger:

During his 2006 Virginia Senate run — back when Clinton and Obama still fervently insisted that marriage was “between one man and one woman” — Webb opposed a state constitutional amendment on the ballot that banned all same-sex unions. The measure still passed by 14 percentage points, which means that many social conservatives voted for both the victorious Webband the ban, indicating his unique ability to garner support from non-conventional Democratic constituencies.

Democrats who are seeking a better way forward — and who want to avoid the dangerous “Clinton inevitability trap” — should turn their gazes to Webb.