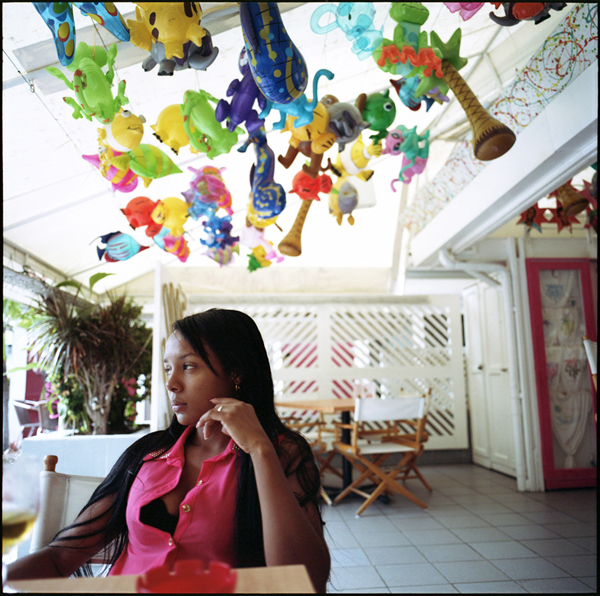 A reader can relate to the title of our post:

When I undertook a photo project on Dominican sex workers, I became friends and a regular client of one of the women I met, and we have kept in touch through WhatsApp.  She went to work in a brothel in St. Maarten on a six-month contract and had a hard time adjusting to being away from home.  Her unhappiness was exacerbated by the limitations on movement imposed by the brothel during the first couple weeks she was there, where she also lived in an upstairs apartment with the other workers.  I was alarmed by the depression she seemed to be sinking into and asked how much it would take to buy out her contract.

She found out and I got the money together, but when it came time to carry out the plan, she asked, “Then what am I supposed to do? How am I supposed to live and pay for my daughter’s school?”

She decided to stick it out, and things got better.  She’s back in the Dominican Republic with her daughter and parents, able to make enough money to care for herself, her parents, and daughter with fewer but better clients.  (She’s the one mentioned in the interview having a house built for her family.)

Though the women I met in the DR did not elicit the rescue mentality in me, this one woman did for a moment when she was stuck and unhappy in St. Maarten.  But the question that has to be asked before going down that paternalistic path is, then what?  The rescue industry in Cambodia, made famous by Nicholas Kristof and Somaly Mam, appears to be a tool of the low-wage garment industry in that sewing cheap clothes for export to the US and Europe is the alternative offered, but because the garment industry does not provide a living wage, in reality, it is no alternative.

I hope that police officer in the reality show you posted on has something to offer that can match the sex work earnings of the women he tries to rescue.  Otherwise, he’s just offering cheap morality, and that doesn’t pay the bills.