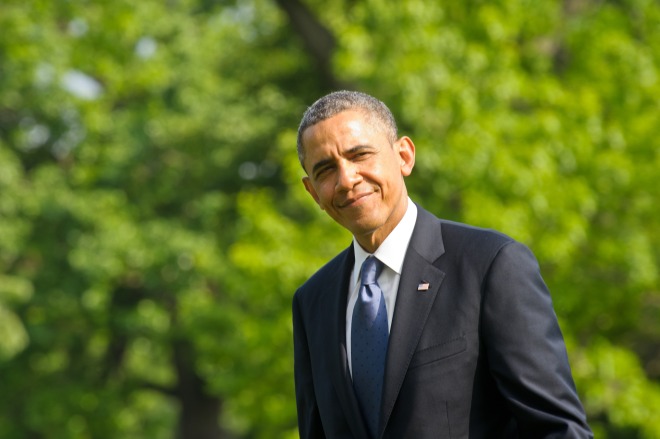 In an April speech at the Lyndon Baines Johnson Presidential Library to praise the 36th president’s legacy, Obama turned to the theme of vindication in an explicit way. His choice of Johnson was a telling one. No American president left such a gap between the scale of his lasting accomplishments and the indignities he suffered in his own time. The Democrat who dismantled legal apartheid in the South and created Medicare and Medicaid was so loathed he did not even bother trying to run for reelection. At times in the speech, Obama linked Johnson’s travails to his own. The triumphs of history that seem clear and simple in retrospect, he noted, felt contemporaneously grueling and ugly. “From a distance, sometimes these commemorations seem inevitable, they seem easy,” Obama said. “All the pain and difficulty and struggle and doubt—all that is rubbed away.” You can sense his desperate wish to arrive at a vantage point where his accomplishments will be buffed of disappointment and take on the same heroic gloss.

One can imagine future histories that focus less on Obama’s dysfunctional relationship with Congress, and that measure accomplishment in more discerning proportion. But the lesson Johnson offers for Obama’s own eventual vindication is not quite so encouraging. LBJ’s political career was defined by his singular failure in Vietnam. The hatred this spawned blotted out his massive and more enduring achievements. The current film Selmainaccurately depicts Johnson as an opponent of the civil-rights struggle he had, in reality, thrown all his energy behind. Five decades on, Johnson still has not escaped the feelings he engendered—indeed, he still requires rehabilitation by figures like Obama.

Obama may wind up the most consequential of the three baby-boom presidents. He expanded certain Bush ­policies—Detroit bailouts, internet surveillance, drone strikes—and cleaned up after others. We will not know for years whether Obama’s big deficits risked a future depression to avoid a present one, or whether the respite he offered from “humanitarian invasions” made the country safer. Right now, both look like significant achievements. Yet there is a reason the president’s approval ratings have fallen, in much of the country, to Nixonian lows. Even his best-functioning policies have come at a steep price in damaged institutions, leaving the country less united, less democratic, and less free.

A poll of more than 50 historians provides another perspective:

Almost every respondent wrote that the fact of his being the first black president will loom large in the historical narrative — though they disagreed in interesting ways. Many predict that what will last is the symbolism of a nonwhite First Family; others, the antagonism Obama’s blackness provoked; still others, the way his racial self-consciousness constrained him. A few suggested that we will care a great deal less about his race generations from now — just as John F. Kennedy’s Catholicism hardly matters to current students of history. Across the board, Obamacare was recognized as a historic triumph (though one historian predicted that, with its market exchanges, it may in retrospect be seen as illiberal and mark the beginning of the privatization of public health care). A surprising number of respondents argued that his rescue of the economy will be judged more significant than is presently acknowledged, however lackluster the recovery has felt. There was more attention paid to China than isis (Obama’s foreign policy received the most divergent assessments), and considerable credit was given to the absence of a major war or terrorist attack, along with a more negative assessment of its price — the expansion of the security state, drones and all. The contributors tilted liberal — that’s academia, no surprise — but we made an effort to create at least a little balance with conservative historians. Their responses often echoed those from the far left: that a president elected on a promise to unite the country instead extended the power of his office in alarming, unprecedented ways.