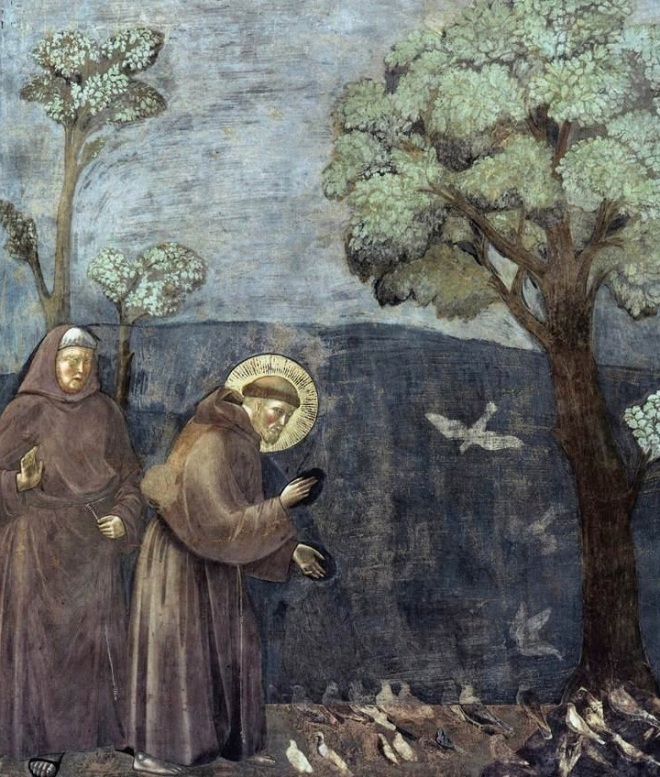 For the far right, the recent Synod on the Family was bad enough, with its gestures of decency towards gay Catholics. But the impending encyclical on climate change seems to have sparked a new level of mania. At First Things, Maureen Mullarkey calls the Pope “an ideologue and a meddlesome egoist”. Robbie George notes that Francis “has no special knowledge, insight, or teaching authority pertaining to matters of empirical fact of the sort investigated by, for example, physicists and biologists,” and that his views on climate change “could be wrong”. And Steve Moore, writing in Forbes, claims that the Pope has adopted “the language of the radical green movement that is at its core anti-Christian, anti-people, and anti-progress”. I find this all preposterous. We have just discovered that last year was the hottest on record, eclipsing 2010. Whole eco-systems are being wiped out; our oceans may be heading toward the point of no return; and the rape – rather than conservation – of our natural habitat is not even faintly defensible in Catholic or Christian terms.

And he’s Pope Francis, if you’ll recall. He took as his namesake a Christian mystic and ascetic who burrowed into nature and Creation as the great mysteries and beauties there are, who looked at animals and saw something precious to be treasured rather than material merely to be eaten. He preached to the birds, legend has it. He tamed wolves, folklore tells us. And he composed one of the more beautiful canticles in literature in praise of Creation:

Praised be You, my Lord, through Brothers Wind and Air,
And fair and stormy, all weather’s moods,
by which You cherish all that You have made.

Praised be You my Lord through Sister Water,
So useful, humble, precious and pure.

Praised be You my Lord through Brother Fire,
through whom You light the night and he is beautiful and playful and robust and strong.

Praised be You my Lord through our Sister,
Mother Earth
who sustains and governs us,
producing varied fruits with coloured flowers and herbs.

If you believe that is an anti-Christian canticle, as Stephen Moore does, then you need to re-check your understanding of Christianity. Damon Linker analyzes the revolt:

The problem is simply that Francis has broken from too many elements in the Republican Party platform.

First there were affirming statements about homosexuality. Then harsh words for capitalism and trickle-down economics. And now climate change. That, it seems, is a bridge too far. Francis has put conservative American Catholics in the position of having to choose between the pope and the GOP. It should surprise no one that they’re siding with the Republicans.

Under Popes John Paul II and Benedict XVI, a number of neoconservative Catholics (or theocons) went out of their way to make the case for the deep compatibility between Catholicism and the GOP. But not just compatibility: more like symbiosis. For Richard John Neuhaus, Michael Novak, George Weigel, and their allies, the GOP would serve as a vehicle for injecting Catholic moral and social ideas into American political culture — while those Catholics ideas, in turn, would galvanize the Republican Party, lending theological gravity and purpose to its agenda and priorities.

In the hands of the theocons, the Republican platform became more than a parochially American mishmash of positions thrown haphazardly together for contingent historical reasons. Rather, it was a unified statement of High Moral Truth rooted in Thomas Aquinas’ medieval theology of natural law — the most highly developed outgrowth of Christian civilization.

And one that, in many respects, simply falls apart through the prism of modern science. The theocons created an abstract fusion of GOP policy and an unrecognizable form of Christianity that saw money as a virtue, the earth as disposable, and the poor as invisible. It couldn’t last, given the weight of Christian theology and tradition marshaled against it. And it hasn’t. Francis is, moreover, indistinguishable on this issue from Benedict XVI and even John Paul II. As in so many areas, it’s the American far right whose bluff is finally being called.

Previous Dish on the far-right opposition to Francis here and here.