Benedict has included agnostics in his ecumenical gathering at Assisi, a meeting in the tradition of John Paul II. And his reasoning is powerful:

[Agnostics] are “pilgrims of truth, pilgrims of peace”. They ask questions of both sides. They take away from militant atheists the false certainty by which these claim to know 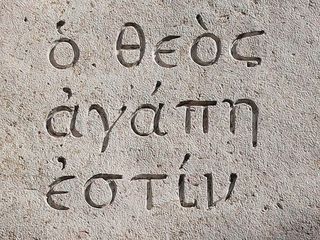 that there is no God and they invite them to leave polemics aside and to become seekers who do not give up hope in the existence of truth and in the possibility and necessity of living by it. But they also challenge the followers of religions not to consider God as their own property, as if he belonged to them, in such a way that they feel vindicated in using force against others …

[Agnostics’] inability to find God is partly the responsibility of believers with a limited or even falsified image of God. So all their struggling and questioning is in part an appeal to believers to purify their faith, so that God, the true God, becomes accessible. Therefore I have consciously invited delegates of this third group to our meeting in Assisi, which does not simply bring together representatives of religious institutions.

Rather it is a case of being together on a journey towards truth, a case of taking a decisive stand for human dignity and a case of common engagement for peace against every form of destructive force.

My italics. The full text is here, and Michael Potemra’s moving engagement with it is here at NRO. Many conservative Catholics keep telling me that I am misreading Benedict, that his concerns and theology are really not that far off the concerns and theological discussions we have been having on this blog for years. And there are times when this is clear. Deus Caritas Est, for example. The concern for liturgy, ritual, mystery in faith. The embrace of the church as a counter-cultural force in a depressingly materialistic mass culture. Benedict’s conservatism is, we are told, merely a defensive neo-conservatism born of the failure of the Second Council to give the faith a new birth in Europe and the West. It is not pure institutional reactionaryism.

But it is equally clear, is it not, that the project of mere assertion of papal authoritah, the purging of Catholics with doubts and questions, the doubling down on a theory of natural law that simply does not reflect what modernity knows of nature (and therefore refutes itself), the profound corruption that allowed for the rape and abuse of countless innocents across the world, the scandal of the Legion of Christ … these have led to an even steeper collapse of the church in the West where its fate as a living truth still lies.

Benedict is at his best as a theologian, opening arms to other faiths and agnosticism to commit to the core principles of caritas and pax.