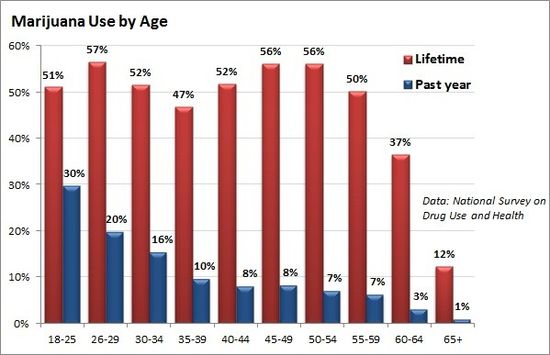 The public opinion data have parallels in what we know about who has used marijuana. According to the government's National Survey on Drug Use and Health, majorities of every age group below 60 (with one anomalous exception) tell surveyors they have smoked pot sometime in their lives. Given that the surveys ask people to admit to illegal behavior, it's almost certain that the actual numbers are higher, though just how much higher we can't tell. While there are surely some people who have smoked pot but believe fervently that it should be illegal, the fact that half the electorate got high and survived suggests an ample constituency for legalization efforts.