You were probably waiting for this post. But here was my Thanksgiving Day. Aaron was away in Rio promoting his new movie, "Bear City 2". I was planning on a good day of sleep and a dinner with one old and one new friend. But our older dog, Dusty, has been getting a little incontinent lately (she's 15) and we try and take her outside as soon as we get up to avoid messes in the apartment. 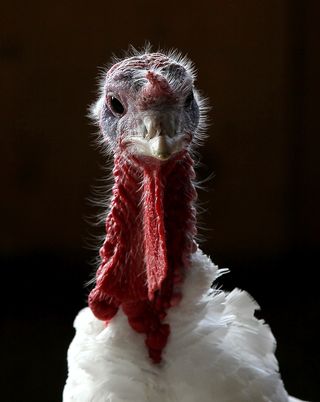 Usually, in DC or Ptown, this is pretty easy. I stumble to the front door, open it, wait for her to wander a little bit, pee and come back for a treat. If it's early, I meander wearily back to bed.

But this is New York City and I hadn't even had any coffee yet. So I left the leash behind, wandered downstairs in my boxers and t-shirt, and let Dusty out as I held the building door. Suddenly a cop car came screaming down the street and for a split second I could envisage Dusty meandering into its path. I just ran, grabbed her and scrambled back toward the front door as it slammed shut. I had no keys, no FOB, no clothes, no shoes, and a leash-less dog. I tried every other apartment in the building. No one was in – it was Thanksgiving after all.

My next thought was the fire-escape. Somehow I managed to get the ladder unhitched from below, and began my way up. Two neighbors appeared out of nowhere, one with a cell-phone, then a sweatshirt, then another turned up with some socks. One brought a hammer to allow me to break into my own place. It was pretty chilly out.

So wielding a hammer, with my boxers doing a Marilyn Monroe in the brisk wind, I am climbing up toward the window when a voice appears out of the blue: "Andrew!" I look down, don't recognize the guy, suddenly fear I'm on Gawker tomorrow, and carry on. Maybe a Dishhead – I've been staggered how many there are of you in NYC (I can't seem to walk a block without meeting one). But no, he says he's Robert, a friend of Aaron's, whom Aaron had persuaded to dog-sit a month ago when I was in LA. "I have your keys! And your fob, if you need it."

And so, around the corner of the street, an angel arrived. An amazing coincidence? Balancing karma for all those times in life when nothing seems to go right? Divine intervention? You be the judge. But I had reason to be thankful last Thursday. And not only for a warm home for sockless and slightly blue bare feet, and a free country, but for New York City and its inhabitants.

Thanks. The ice is melting.