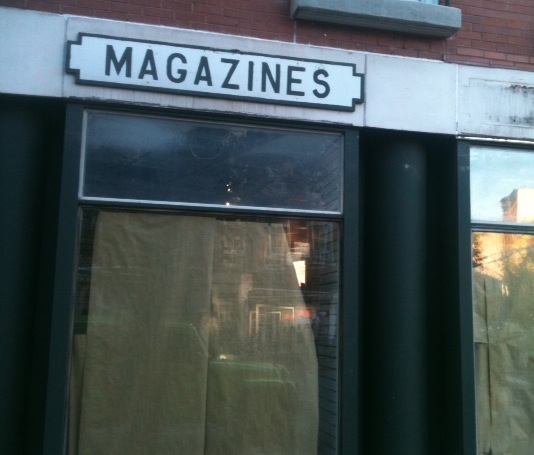 Rod Dreher, for one, isn't buying the WaPo's subscription strategy:

[I] visit its site multiple times per day, and often come away with articles to link to and comment on. Would I pay for it? No, I wouldn’t. If I lived in Washington, or wrote mostly about politics on this blog, I would. But I live in Louisiana, and besides, I already pay a lot of money to subscribe to a quality national newspaper, The New York Times. I keep going back and forth about whether to subscribe to The Wall Street Journal’s digital edition, because I love the Weekend Review section so much. The problem is that subscribing to the Times costs over $400 a year. Do I have an extra $300 lying around to subscribe to the Journal too? I do not. It has to be one or the other. I need to rethink which one it’s going to be. One reason I’ve stuck with the Times is that it’s much easier to use their links in this blog.

One of Dreher's readers would prefer being freed from such choice:

[I] would appreciate many more paywalled sites. It would give me my life back… There is too much I like to read (and actually very little that I could not live without and thus would pay)…

TNC, unlike Dreher,"read[s] the Post online enough to say that I would pay for this". But:

The problem with the Post is that the paper has been so decimated that you wonder whether they still have a product they can sell. I wonder if the Post basically got it backwards–they tried to save by cutting, but in cutting damaged the product (and the brand), and now the Post is trying to get people pay a much less substantial product. It seems it would have been smarter to charge when you had something you knew you could charge for.

David Carr's inimitable take on the move toward subscriptions:

Behind the pay wall is a more loyal customer, one that a publisher has a deeper relationship with and can sell to at a premium. It is, in a sense, a renewal of the now-ancient magazine concept of "wantedness." Magazines charged more for their customers because they had chosen to subscribe. And you can’t buy the audience that paid to read, say, StarTribune.com, anywhere but StarTribune.com.

It’s been a weird evolution to watch. Pay walls, long the bête noir of evangelists of a free and open Internet, are almost sexy right now. Many of the experiments — and that’s really what they are — are bound to have brutal results. On a practical level, a subscription is both a convenience charge and a measure of the size of the core following for a given publication on the Web.

Making readers pay more for content is a good start, but will it prove good enough? As the Tow report also notes, news organisations have always been subsidized in some way: selling journalism has never on its own comprised a business model. Digital distribution is undoubtedly cheaper than print distribution so means that circulation revenue can go further towards the cost of sustaining the newsroom, but further innovation in terms of bringing in revenue will be needed for many news organisations to survive.

Stay tuned. My overall thoughts on the subject are here.