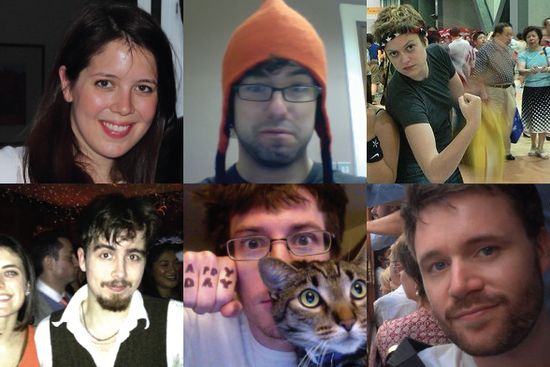 In fact, of course, you are providing health insurance, since the independent Dish launching on Monday is completely funded by reader subscriptions. Another writes:

My husband and I own a small business that has 9 employees, so we know how much it costs (in dollars) to provide them health insurance. But to not do so would be, in my estimation, a moral failure on our part.

They are our family, those we trust and rely on to help make our dreams a reality. If we have the resources to free them from the fear of losing work, time, and money due to illness, I firmly believe it is our moral and civic duty to do so. People always come before Money.

One thing I’ve learned from a foray into business is that you really do have to make some moral calls. I realize that I’m not such a capitalist, after all, since my goal, I realized, was not really to be rich (I’m doing fine) but to do what I love in as efficient and as fair a way as possible – and to work with people I respect and love. I realized that I could not employ someone I respect and love if he or she didn’t have access to a doctor if he or she got sick. This was not a hard call. It’s reflexive. But it was not really an entirely business call either – unless you are smart enough to realize that treating interns well is about as sensible thing a start-up media company can do. Chris and Patrick and Zoe all started as interns. They’re now pillars of the enterprise, and two are co-owners of the company. Another sends the above photo:

Just saw the post about how you pay your interns – which is wonderful, by the way – and I wanted to direct your attention to the Pay Your Interns tote bag. I saw someone sporting the bag in Brooklyn a few days ago and I had to order one for myself. The OWS-affiliated Intern Labor Rights sells the bags for a very reasonable $10 at internlaborrights. wordpress.com. Mine arrived in the mail yesterday, and I think you’ll agree it’s rather fetching.

Not quite as fetching as this classic tote, however:

I’d love to see you write a little bit about your staff’s health insurance in the context of the larger political debate about the Affordable Care Act. You’re a small business owner now, so you’re exactly where all the uproar is about. Is ACA going to make it more affordable to do right by your employees?  I realize this is more of a developing story since most of what would affect this doesn’t kick in till 2014, but seems like something right up your alley.

Patrick has been in charge of setting up health insurance for the new company. As far as he can tell, the ACA hasn’t majorly affected our healthcare options yet. But it will be worth watching going forward because New York state, where our business is based, has guaranteed issue and community rating laws. Those laws mean that, even though we are a very small business, our employees can’t be denied coverage because of preexisting conditions and insurers can’t charge us more if we have employees with preexisiting conditions. That’s great, but, partially because of those laws, New York health insurance plans are much more expensive than insurance plans are in the other states.

Premiums are so high that Peter Suderman used New York as an example when making his case against the ACA. Of course, New York doesn’t have an individual mandate, which is the ACA’s main cost-control mechanism. Currently, the basic healthcare plan we provide to employees free of charge costs us over $500 a month for an individual, and Patrick has calculated that health insurance will cost the business between 70K and 80K for the year. Once 2014 rolls around, we’ll be very curious to see whether the individual mandate or the insurance exchanges make healthcare more affordable for us. And we’ll keep you posted.

The above chart is from Kaiser (pdf), which broke down average premiums by state a few years ago:

Nationwide, the average monthly premium per person in the individual market in 2010 was $215, but the state-by-state range was substantial. Vermont and Massachusetts both had average per member per month premiums over $400 per month. The average premium revenues in Rhode Island, New York, and New Jersey were also relatively high, ranging from about $344 to $364 per month. Alabama ($136), California ($157), Arkansas ($163), Idaho ($167), and Delaware ($169) had the lowest average monthly premiums in the country. (Note that these figures represent average premium revenue per member per month. This represents an average across adults and children, so will be lower than a typical premium charged to a single adult.)

I’m opting for COBRA coverage myself because IAC (which owns the Beast), as a larger company, has a better plan than we were able to get as a small business, and I won’t have to worry whether some of my current meds will all be approved again by a new insurance carrier – or cost a lot more. After my COBRA expires, I’ll either join the Dish’s plan or buy an individual plan from the exchanges. But I have to say that knowing that Obamacare is around the corner eased some of my worries, especially as someone living with a chronic condition. So in this case, it played a positive part in our decision to start a business. And not just positive: HIV-positive. Another reader:

This is one thing I’ve been wondering about: would an enterprise like the one you’re planning be significantly easier in Massachusetts, where individual health insurance is a functioning market?  How much lower would the threshold for jumping have been over the years, if it weren’t for the need to get group insurance?

Since it’s currently around one fifth of our current revenue total, theoretically it could have prevented us from going independent earlier. But that wasn’t how it happened. Another reader:

I just read your post where you stated that no one will work for you who isn’t offered health insurance. I have excellent insurance through my employer, but I realize what a tenuous situation even that is. Should I ever leave this position, I could possibly be forced into the open market where, as an otherwise healthy 43-year-old man, a minor heart attack three years ago (it is almost a rite of passage in my family for men to have heart attacks by the time they’re 40) would likely prevent me from EVER being covered outside a group policy offered by an employer. It’s not just a frightening prospect; it’s downright terrifying. As a homeowner with some small rental property, it would be entirely conceivable that I would lose everything should I suffer a lengthy illness with no coverage.

Anyway, I’m getting maudlin now. I subscribed to the site a few weeks ago. Your perspective on health insurance for your interns guarantees that I’ll be adding some additional funds shortly. I think yours is an important business model, and I want to do everything I can to support it.

I subscribed to your blog when you first posted about it. I paid $20. After reading that you are providing healthcare and good wages to your interns, I wish to add more money. But I cannot figure out how. Tinypass just says thanks for being a member and sends me back to the Dish.

Many subscribers have been emailing us asking how to contribute more funds. We considered just creating a quick-and-easy PayPal account to direct those readers to, but the new Dish is trying to get away from the tip jar model. So if you are a subscriber who wants to increase your support, bear with us while we develop a gifting option through Tinypass that allows you to buy subscriptions for your friends, family members, coworkers or anyone else you think might get something out of the Dish. Until then, you could help us by spreading the word through Facebook, Twitter or other social media. Or if you really can’t wait to donate more, you could always just purchase another subscription with a different email address.

(Top photo, clockwise from top-left: Maisie Allison (now at The American Conservative), Zack Beauchamp (now at Think Progress), Gwynn Guilford (now at Quartz), Chas Danner (who will be staying on after we go independent), Doug Allen and Tela (current Dishtern and beagle bait, respectively), Brendan James (current Dishtern and troubadour). Zoe, Chris and Patrick all started as interns as well.)