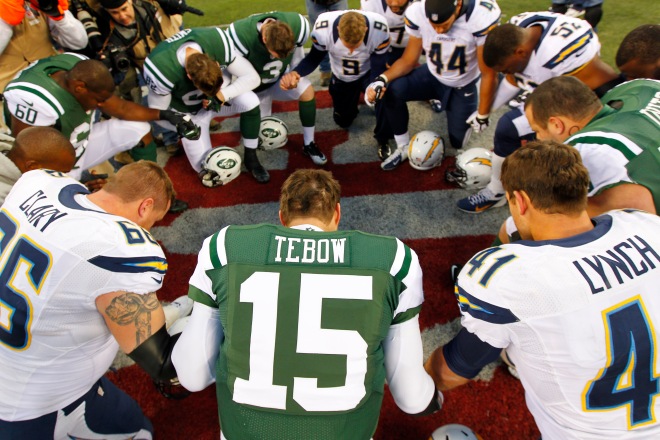 Michael Serazio argues that “if you look hard at sports, you can’t help but see contours of religion”:

The notion that sports remain our civic religion is truer than we often let on: In fandom, as in religious worship, our social connections are brought to life, in the stands as in the pews. It serves as a reminder of our interconnectedness and dependency; it materially indexes belonging. Like others, I indulge the royal “we” when speaking of my team, though there is little evidence they need me much beyond ticket sales, merchandise, and advertising impressions. Nonetheless, as Durkheim long ago noticed, “Members of each clan try to give themselves the external appearance of their totem … When the totem is a bird, the individuals wear feathers on their heads.” Ravens fans surely understand this.