As all old men in frocks deliberate about which one of them will become Pope, one obvious thing is missing: half of humanity. That half was not missing in the Synoptic Gospels, John’s or the less reliable Gnostic ones. A former priest, now scholar and anam cara – friend of the soul – John O’Donohue, in an interview worth reading in full, here touches on the Church’s problem with women:

Before I criticize it, let me say what I love about the Catholic Church. I think the seven sacraments are the most beautiful liturgical rituals. The Christian mystical tradition is populated by such giants as Meister Eckhart, John of the Cross, Hildegard von Bingen, and Julian of Norwich. The dogmas of the Catholic Church are sophisticated, poetic, speculative doctrines; they invite imagination, not  dogmatism. I love 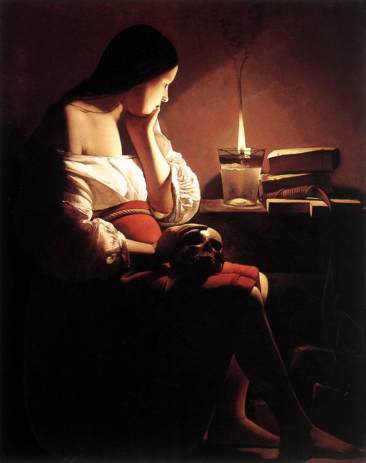 the Church’s teaching on the communion of saints. I love the theology of the Trinity, which is not often preached because it is such a complex thing, yet it remains one of the most exciting discoveries of the nature of the divine.

On the other side, I do not trust the Catholic Church with Eros. I never did, even when I was a priest. The Church does have a pathological fear of the feminine. It would sooner allow priests to marry than it would allow women to become priests. This awful mistrust of the feminine goes all the way back to Genesis, where Eve is blamed for offering the apple to Adam. And the doctrine that a woman, after giving birth to a child — the most beautiful thing a human being can do — has to go to the Church to be cleansed: this is a demonization of women that I cannot understand.

All extremes create a mirror of themselves. So when you have the demonization of the feminine, you also have the crea­tion of the ideal feminine type: Mary as the perfect woman, on whom no stain of mortality — or complexity — was allowed to fall. None of the awkward, subtle, different, or dark faces of the feminine were allowed near her image. I think it’s a shame, and it has consequences. I think the Church is in danger of losing women. As I’ve said for the last twenty years: if tomorrow all the women in the Catholic Church decided to walk, the Church wouldn’t last three months.

Catholic Judith O’Reilly’s desperate thoughts on the same question can be read here.