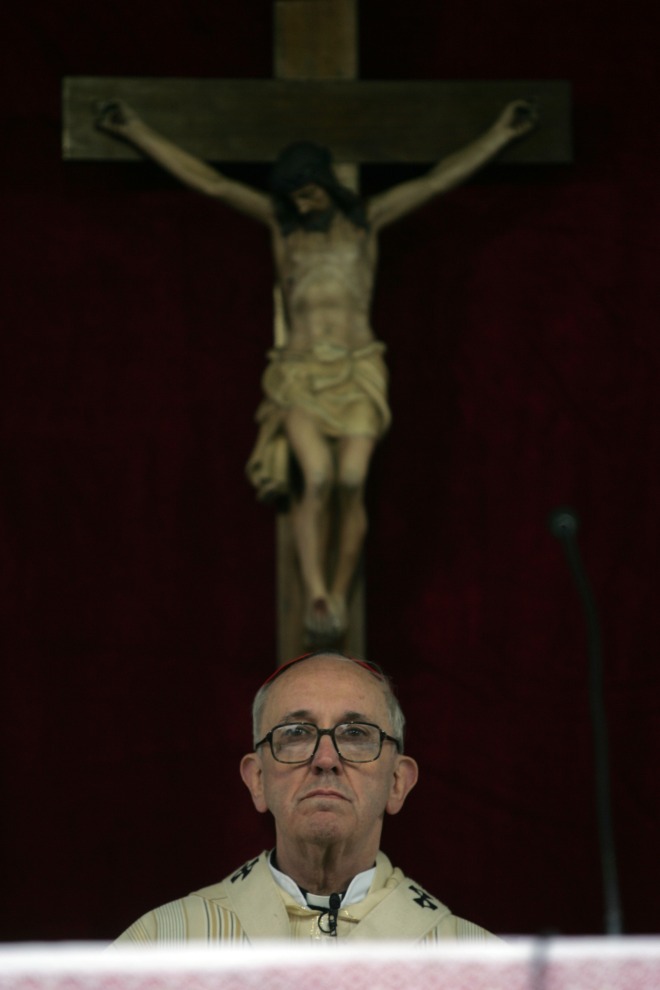 The Pope is a man of few words outside the pulpit – according to this revealing profile first published in 2005:

Of course, there is that Trappist silence. His press secretary, a young priest, spends his time interpreting what the Cardinal does not say. The other part of his job is to turn down, on Bergoglio’s behalf, interviews or invitations to write articles. The Archbishop of Buenos Aires has almost no published work, and seems to become less visible with each passing year.

Well that last bit just changed a little. But I have to say that one of the more striking things about his appearance in Saint Peter’s Square was his unexpected request for silent prayer. He is about as hardline as one would expect from the current Curia on sexual and gender issues, and he ran the Jesuits under his command with an iron theological fist. But this doctrinal orthodoxy and demand of total obedience is balanced by a real record of pastoral care and symbolic servitude. From the same profile:

Cardinal Bergoglio regularly travels to the furthest ends of his three million-strong diocese to visit the poor. He wants them in the neediest barrios, in the hospitals accompanying Aids sufferers, in the popular kitchens for children. To take one example: when, last year, a number of young people died in a fire in a rock club tragedy, Bergoglio went to their aid in the middle of the night, arriving before the police and fire service, and long before the city authorities. Since the tragedy, one of his auxiliaries has a ministry to the family and friends of the victims, and has not been backward in criticising the government for its response to the tragedy.