Wolfson and Levao show that the first edition of Frankenstein of 1818 was packaged as a philosophic novel. Published anonymously, and dedicated to William Godwin, it features more references to the Prometheus legend and Paradise Lost than to such Gothic tropes as perverse sexuality and spectral hauntings. The monster may be 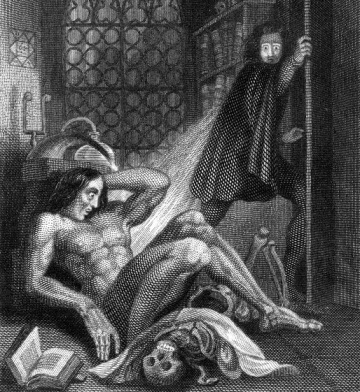 stitched together from human and animal parts, yet he is more memorable for being an autodidact who pleads for affection: “his humanity is the most surprising, most disturbing, and ultimately most moving aspect of his character”. When he is viciously rejected, the monster engages in a murderous rampage – but Shelley blames this on his egotistic creator and an uncaring society that refuses to empathize with a suffering fellow “creature”.

As the editors note, Shelley’s contemporaries would have associated the monster’s terror with the Terror of the French Revolution. Conservatives likened the Revolution to a monster created by Enlightenment rationalism, whereas radicals perceived it as a justified response to a monstrous ancien régime. The novel raised questions about social justice and reciprocal obligations in a modern, secular age, in the process also condemning slavery. In addition, Shelley criticized gender relations, just as her mother had done in A Vindication of the Rights of Women (1792). Frankenstein’s creation of life was not simply an act of scientific hubris, but an exposé of patriarchy. By arrogating the creation of life solely to himself, Frankenstein’s deed of giving birth results in the death of everyone he loved, culminating in his own mortal struggle with his creation in the sterile frigidity of the Arctic.

(Image: the frontispiece to the 1831 edition of Frankenstein, via Wikimedia Commons)