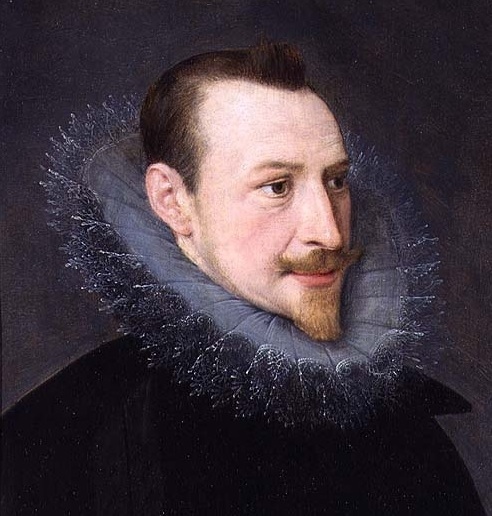 The poet Edmund Spenser (1522-1599) was one of the greatest of Renaissance sonneteers. The Dish will be running three from his cycle Amoretti, first published in 1595, describing his courtship of and devotion to the woman he married, Elizabeth Boyle, who was of Anglo-Irish descent. First up is “Sonnet 70”:

Fresh spring the herald of loves mighty king,
In whose cote armour richly are displayd
all sorts of flowers the which on earth do spring
in goodly colours gloriously arrayd.
Goe to my love, where she is careless layd,
yet in her winters bowre not well awake:
tell her the joyous time wil not be staid
unlesse she doe him by the forelock take.
Bid her therefore her selfe soone ready make,
to wayt on love amongst his lovely crew:
where every one that misseth then her make,
shall be by him amearst with penance dew.
Make hast therefore sweet love, whilest it is prime,
for none can call againe the passed time.

Heads up, Renaissance fans: the New York Botanical Garden‘s summer exhibition is Wild Medicine, Healing Plants Around the World, featuring a stunning re-creation of an Italian Renaissance Garden. Renaissance poems will appear on placards on the garden grounds, including two by Edmund Spenser, and there will be three afternoons of Renaissance music and poetry on June 22, July 27, and September 7.  More details here.

(From Amoretti, published in London in 1595 by William Ponsonby. Portrait of Spenser via Wikimedia Commons)