A reader quotes me:

But like Ambers, I’m neither shocked nor that outraged. Meta-data is not the content of our phone records.

You’re grossly underestimating the contents and richness of modern metadata. The line between 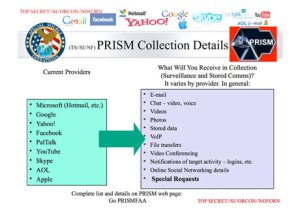 “contents” and “metadata” has blurred in the age of mobile, and the government is taking advantage of that. In 1970s and 1980s, when we passed most of our current government privacy laws, phones were dumb, stationary, shared devices that we used several times a day and otherwise left alone. Today’s phones are “smart” personal devices that are turned on and on us all day. They generate a record of a specific individual’s calls. They also create a constant, moment-by-moment record of our movements. And once I have that, I know where you work, I know where you sleep, I know the church you attend and the doctors you visit. I can also make a pretty good guess of whether you’re gay or straight (are you always at 17th and Q on weekends?).  As a few of the articles point out, it appears highly possible that the data authorized by the 215 order includes this kind of location data.

I guess I assumed that was already taking place, and don’t have the visceral reaction many have. I understand the gravity of the worry – and think this should have been an open, discussable program, rather than a super-secret one. With any luck, this new leak – how’s that aggressive plugging of holes going, Mr Holder? – will prompt a review and an update to guard against easy oversight of new modes of communication.

But, sorry, I don’t find such data-mining for national security purposes to be that horrifying. If that’s the price we have to pay for deterring Jihadist attacks, then we should recognize there’s a trade-off. The problem is that we, the public, cannot judge the gravity of those threats and so cannot even weigh the necessity of giving up our privacy. The threat may be far less than we fear. Another reader pushes back even harder:

BTW, you have no real evidence that it doesn’t tell them the contents of your texts or email.  The disclosed document talks about voice calls, but it is likely there are comparable orders in place for text, email and for other carriers, probably including landline providers.  And the “business records” section of the Patriot Act makes no distinction between the contents of communication and the associated meta data.

It sounds to me like the NSA’s request was simply trying to be pragmatic and limit the information vacuumed up to information that could be stored and forwarded easily by the phone company.  The contents of voice communication is probably a bit too large there; even a one minute call at 64Kbits/sec is 480,000 bytes.  But texts are tiny; 140 bytes for a long one. Pragmatically, they could easily be stored and sent to the NSA.

We could ask Verizon if they send the contents of texts to the NSA.  If they don’t/can’t answer, there’s your answer; the law doesn’t seem to require that they lie, simply that they not answer at all if asked.

I’m pretty shocked by your blasé attitude about the revelation that the government in all likelihood maintains a database of when (and in many cases where) every single US phone call in the last seven years was made, and all the phone numbers involved.

It’s possible that there’s a good case to be made for all of this – but shouldn’t that case have been made first? I’m all for secrecy when it’s necessary for an investigation. But in this case, what could possibly be gained, operationally, from keeping this program a secret?  If the case for wholesale surveillance is so strong as everyone is now belatedly claiming, why were they so afraid to make the case publicly?

I think the answer is fairly obvious: Americans would never stand for it. And that’s a fundamentally illegitimate reason to keep something classified.

If you were wondering where the true scandal of the Obama administration is – the one that really belongs at the president’s feet and nowhere else – it’s here. Even if no laws were broken, and even if this is truly an “indispensable” tool in the fight against terrorism, hiding the existence of something like this for no reason other than to avoid public outrage has no place in a democracy.

On that last point I agree. The only justification for it is the prevention of Jihadist terrorism. Personally, I’m not that troubled by this kind of oversight. But why not debate it openly? It might even gain some support.