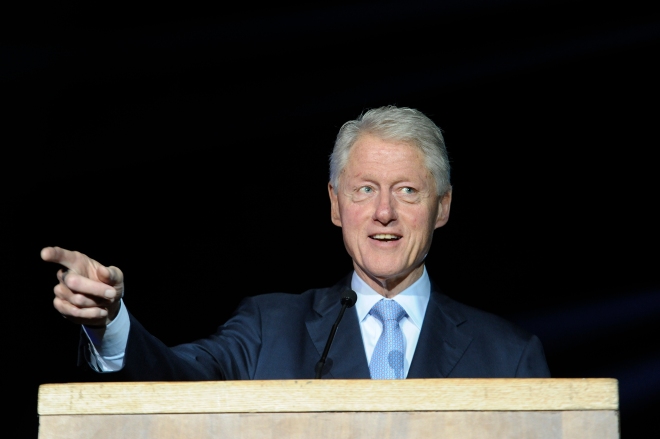 In March of this year, the former president wrote a column in the Washington Post calling for overturning DOMA, but while his policy suggestion was clear, he didn’t dwell on his own role. Clinton resorted to the old “it was a very different time” line and simply suggested he’d come around; there was no emotional expression of regret, all the more notable from a president known for emoting so well. Still, Clinton’s PR blitz hasn’t been fruitless. GLAAD, one of the nation’s largest gay-rights groups, named him an “Advocate for Change” in April. And as one of the nation’s most popular public figures, his advocacy does matter for LGBT rights.

But in 50 years, what will be remembered? Clinton’s late-career conversion, or DOMA? As more and more gay-rights victories like the Supreme Court’s DOMA decision pile up, the major milestones of discrimination will loom larger still, icons of the bad old days. Those who lived through the 1990s may well remember the complicating factors, the mitigating circumstances, that went into Clinton’s compromise on DADT and cave on DOMA. They will protest that gay marriage wasn’t even something anyone beyond a choice few (notably Sullivan) talked about seriously in 1996. They will point to his support for AIDS research and employment nondiscrimination laws. They will insist that a stronger gay-rights stand would have been untenable.

That may be true; it’s also a defense that some politicians who did nothing to stop segregation used to absolve themselves. Regardless, those shades of gray will be increasingly faint as history recedes and the past looks more black and white. The clearly defined policies will be remembered in a way the qualifiers won’t be.

The man has never fully owned the damage he did to gay people and to the cause of equality. As for GLAAD, please. I saw Clinton’s hypocrisy and callousness up close in trying to persuade donors and HRC and the rest at the time.

The Clintons wanted marriage equality to go away fast; and HRC and all the major donors went along. Bill Clinton’s sociopathic side was never better illustrated, in many ways. Years later, Dick Morris actually asked me out to lunch to apologize for DOMA. Weird, but at least honest. Clinton can never accept he was a true fighter against civil rights as president. But he was. He’ll now say what he can to get back into power via his wife’s candidacy – including all the right things on marriage.

But he wasn’t just a fair-weather friend as president; he was our enemy – and more lethal because he was a Democrat and gave legitimacy to the opposition like no one else. I’m happy he’s for us now; but he sure was against us then. Clinton administration official Bob Hattoy once summed up Clinton’s views on the entire subject in his presidency: “It’s the economy, faggot.”