It’s hard to believe now, but it was only a year ago that a handful of us jumped off the cliff to independence and 25,000 of you caught us. After the first six

years as a one-man blog, and the next seven attached to bigger, corporate media, we decided to become a small independent company in one of the toughest business climates in journalism in memory. It’s been a wild ride – but entirely because of you, we made it through our first year, almost hitting our highly ambitious subscription revenue target of $900K (we amassed around $850K), and gaining 34,000 subscribers in twelve months.

What have we created? Every now and again over the years, I’ve tried to figure it out. A blog? A magazine? A blogazine? A website? But every year, it changes again, as the new media shift, and as the world turns and as small experiments – like the Window Views or the reader threads – become ramparts of the whole thing. Do we, the staffers, write this blog? Sure, we do. But so do you, every day, with emails and testimonies and anecdotes that bring dry news stories to vivid personal life. Do we curate the web? Sure. Every day, we scour the vast Internet for the smart or the funny, the deep and the shallow, the insightful and the abhorrent. But you send us so many links and ideas

every day that the creators of the Dish are better understood as a community, you and us, correcting, enlightening, harshing and moving each other.

What I hope is that we’ve created an ongoing conversation – about politics and religion and technology and nature and love and life and sex and friendship. And like all conversations, it has no fixed direction, just a desire to keep it going, and never to shut it down. And part of me believes that this spontaneous, free-wheeling but edited conversation is what the Internet is best at. I’m riveted every day by the conversation we continue to have – from the misery of miscarriage to the deaths of pets to the hopes of a new papacy. And it’s a conversation made possible by the simple quality and sincerity and anonymity that all of you bring to the table. It feels at times like a truth-seeking missile, if we only get out of the way of the arguments and insights we collate every day and night. 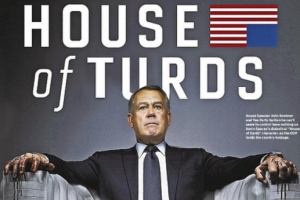 But we’ve also pioneered a new business model online, if it qualifies for such a grandiose term. By “new” business model, we mean asking you to pay directly for what we do. Very few other websites do this, because very few websites have the kind of readership we do. And the good news is that we made a small profit in our first year (since I didn’t take a salary); we are indebted to no-one but you; we added staffers to handle business, technology and administration (which was done for us at bigger companies); and we ran a very tight ship, with just six staffers, and now three (amazing) interns, on the payroll.

We also decided everyone should have health insurance, including interns, and that we’d promote everyone from within the team – an often unsung group of some of the most talented young writers, editors and journalists of their generation. They’re all in their twenties and early thirties, and if you ever met them, you’d see why I’m so honored and proud to work with them. More to the point, we ran no “sponsored 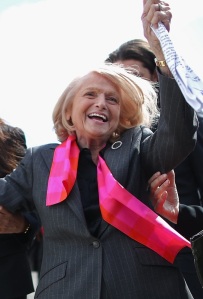 content”, no corporate ads, no gimmicks, and also showcased a prototype for publishing long-form journalism (Deep Dish), which we’d love to have the resources to continue and expand. In an era in which media has become desperate for revenues from any source, we decided to stick to the simplest option: asking readers to pay for content they enjoy.

It was a big gamble, but we felt we knew our readers and believed you’d be there for us, when we needed you. And you were. 25,000 of you signed up almost at once in an avalanche of support; another 9,000 of you have subscribed since last March. We remain blown away by the enthusiasm and generosity.

But it remains a fragile achievement. There’s a flip-side to this extraordinary wave of support. More than half of it came in the first week of 2013 – and all those early founding subscriptions are all up for renewal at once at the beginning of next month. None of them was on auto-renewal (which we were only able to execute once we had our own site operating and finessed the Tinypass software).

Here’s an exciting and yet also sobering graph of our total revenues since the day we went independent:

Check out that massive sum at the very left. That runs out completely at the beginning of next month. After that, we have no assurance that the Dish can survive another year. That’s why the looming renewal moment is absolutely critical. What we’re asking now of our Founding Members is pretty simple: to turn your original membership into a stable, ongoing subscription that will enable us to budget, plan and work every day and night of the year to bring you the Dish for the foreseeable future.

If you renew now, your subscription will still last through your usual twelve months, starting when your current annual subscription expires next month (you can see the precise date you’re up 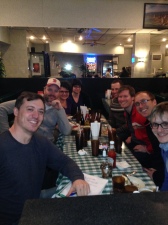 for renewal in the little box at the very top right of the page; if your date is 3/21/2014 or later you are already on auto-renew and don’t need to do anything for your subscription to continue).

You can pay what you paid last year if you want and we’d be very grateful to keep you as a subscriber – and the minimum is still only $19.99 a year or $1.99 a month. But we’re asking our Founding Members, if you have the resources, to set your annual subscription price for the coming years as generously as you can. We pulled off this year by the skin of our teeth, but if we are going to retain our staff, if I’m going to get a salary, and if we are to have a chance at getting the resources to get Deep Dish beyond the prototype phase, we need to more than replicate our first year’s budget. And yes, we’ve kept our expenses low: no office, but a weekly dinner at a local diner (that’s us from last week).

Ask yourself what you think the Dish has been worth to you last year and throw in some more if you can. The more you give us, the more we can do. And we’ll keep the promise we made to you this time last year and have kept: maximal transparency and accountability. Think of it not just as a way to keep the Dish alive but as a way also to prove that transparent, reader-supported journalism can survive in an era of listicles, sponsored content, algorithms and endless slideshows.  We believe it can; and we hope over this past year we’ve proved it.

But we need to get this on a stable footing; we need to figure out a budget; we need to plan. So take this as my last pitch for getting the Dish 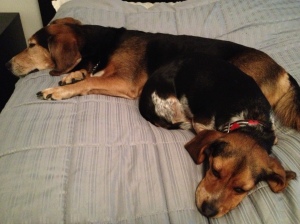 finally off the ground (once everyone is on auto-renew, these annual pitches will mercifully end). You kickstarted us last January and February; we need you just as urgently to put us on a long-term stable footing with one final act: auto-renewing your subscription before it runs out. The average Founding Member subscription price last year was $28. If every one of you added $5 or more to that, we could begin to expand Deep Dish, retain our staffers, pay me, and prove that independent, reader-financed journalism isn’t dead. It’s just beginning to rise from the ashes.

Renew today! Keep us alive. And thank you so much for this past year. You carried us; we hope you feel we deserve another year of your support. We can’t wait to get started. Please don’t wait to help us one more time. Renew here. Renew now.

(Photos of Francis and Edie Windsor from Getty)