If you support making cannabis available from profit-seeking commercial vendors, heavily marketed, and cheap – which is the path Washington and Colorado are walking down right now – then the predictable result of your preferred policy will be more people with very bad cannabis habits. And there could be fewer such people if cannabis were kept expensive, if marketing were kept to a minimum, and if users were offered modest helps to their self-command, such as user-set periodic purchase quotas, or if we keep the commercial motive out of the business altogether with state stores or by limiting vendor licenses to consumer-owned co-ops and not-for-profit businesses with boards concerned with limiting drug abuse rather than maximizing revenue.

Of course you’re free to oppose all of that. But if you do so, you ought at least to acknowledge the inevitable human cost.

But the huge benefits of ending Prohibition and the tangible personal benefits enjoyed by the vast majority who consume marijuana responsibly still make an overwhelming case, to my kind, for legalization. Kleiman puts it this way:

As I keep saying: the evils of prohibition do not disprove the evils of substance abuse. In the case of cannabis, it’s probable that we could get rid of the former without greatly increasing the latter. But it’s not automatic.

Agreed. Brian Macaulay, a self-described recovering pot addict, wonders what that would mean for those like him:

While the consensus was once that marijuana is not an addictive drug in the same way heroin or alcohol are, society has come a long way in its understanding and definition of addiction. No longer is the condition a matter of simple chemical dependency. Addictions, be they to drugs, sex, food, gambling, or anything else, are now perceived as self-destructive behaviors a person is 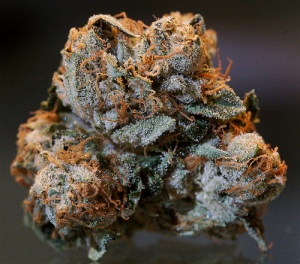 consistently unable to refrain from engaging in, despite negative consequences. The substance or action itself may be benign to ordinary people. From this point of view, the addiction is in the user, not what is used. So, for that addict portion of the population, what does a world with legal marijuana mean? …

“I see a lot of addicts from Colorado,” says Brooke Constable, an addiction treatment clinician in Orange County, California, “There are plenty who present with marijuana as their primary addiction.” Marijuana addicts may not often have parallel life problems to the more drastic ones of those afflicted with an addiction to harder drugs like heroin, but according to Constable, the difference is irrelevant in the broader picture of an addict coming to terms with their own powerlessness over drug use: “Addicts only find a true bottom when they have internal consequences. They need to want to change. If they don’t, things like family disapproval, career trouble, or the law won’t stop them.” Nor does she see the legal status of marijuana as particularly relevant to those already sober, “If they’re really working a 12-step program, it doesn’t matter. If someone is committed to their recovery, if they believe it’s what they need to do to take care of themselves and live a quality life, the legality of the drug doesn’t make any difference.”