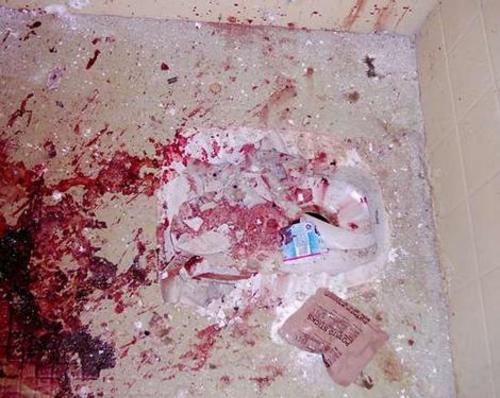 So we are approaching the moment when we will have some measure of understanding of the scale and breadth and severity of the war crimes authorized by the last administration. We don’t – infuriatingly – have the full Senate Intelligence Committee report on the Bush-Cheney torture program, but we are beginning to get clues and assessments from people who have actually read the report. That means we should be careful in jumping to conclusions. But, so far, we’re seeing why the CIA has done all it possibly can to keep their war crimes hidden from public accountability.

That avoidance of accountability was not just to the American people, but also to their representatives. The report, we’re told, shows how the CIA deliberately conflated intelligence breakthroughs secured by ethical intelligence work and by torture. Here’s one example:

was questioned by Soufan at a hospital in Pakistan, well before he was interrogated by the CIA and waterboarded 83 times. Information obtained by Soufan, however, was passed up through the ranks of the U.S. intelligence community, the Justice Department and Congress as though it were part of what CIA interrogators had obtained, according to the committee report.

“The CIA conflated what was gotten when, which led them to misrepresent the effectiveness of the program,” said a second U.S. official who has reviewed the report. The official described the persistence of such misstatements as among “the most damaging” of the committee’s conclusions.

This is not terribly surprising. Once a constitutional republic has decided to adopt torture, the gravity of the decision makes it a necessity for those inflicting it to prove it worked. But of course, it doesn’t work – which leads to lies and misrepresentations to insist that it did. In turn those lies help perpetuate the torture. In almost all torture regimes, this tight epistemic closure is routine.

There are also hints and guesses of further barbarism. We find, for example, that torture methods well-documented in the Bush-Cheney war on terror can be combined for particular sadism. And so freezing prisoners to near-hypothermia is documented elsewhere in the war, as is waterboarding. But these can be put together! Hence:

At the secret prison, Baluchi endured a regime that included being dunked in a tub filled with ice water. CIA interrogators forcibly kept his head under the water while he struggled to breathe and beat him repeatedly, hitting him with a truncheon-like object and smashing his head against a wall, officials said. As with Abu Zubaida and even Nashiri, officials said, CIA interrogators continued the harsh treatment even after it appeared that Baluchi was cooperating.

The perpetuation of the torture beyond any intelligence needs is also a feature of torture regimes. Once prisoners have been completely dehumanized – blindfolded, stripped, frozen or beaten, strung from shackles that force them into excruciating crucifixion-style stress positions – they become easy prey for pure sadism. This is human nature. When CIA officials have been given the green light to do as they want with prisoners, to experiment with various torture techniques with a guarantee of being beyond the reach of the law, the worst will always happen.

What’s truly encouraging about the report is that it apparently has exhaustive records on every single tortured prisoner, and the intelligence they did or did not provide. It could offer some real finality. And then it will offer this democracy a choice. When war crimes have been committed so brutal and foul, so horrifying and sadistic, so useless and immoral, are we simply going to say: no one will ever be held accountable? No one who ordered this will ever face sanction?

That is the second reckoning that this country will have to make. I wish I had confidence that we will not again simply decide to look away. What I do know is that a democracy that does look the other way is no longer a democracy.