Another round of emails focuses on the high cost of PrEP drugs like Truvada:

I was just turning 30 when the AIDS epidemic struck. I spent the next 13 or so years caring for, then burying, my friends and loved ones. Somehow a few friends and I escaped infection; I don’t know how. 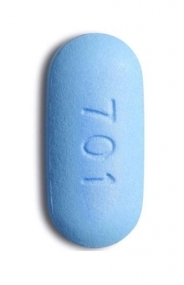 In the intervening years, I’ve gone through periods of promiscuity (10 years) and celibacy (another 10). Now, at 62 years of age, I’m still HIV-negative and “back out there” seeing a couple of guys regularly. I’m not sure of their HIV status. We do not practice safe sex. I’m not proud of that, but just being truthful here.

My internist is part of New York’s main gay health clinic. He also knows that I’m sexually active and “at risk.” I request twice-yearly HIV testing and have been treated for other STDs. Truvada has never been mentioned as an option.

I don’t ask for it because of the expense. What is it, ten grand a year? I work for a small law firm and the heavy users of the health insurance plan seem to get laid off (read: fired) at much higher rates. Perhaps I am immune to the HIV virus. I hope so. But I wish my health insurance wasn’t handled by my employer.

To my knowledge, most health insurance covers Truvada – as well it should. It could save insurance companies a small fortune if it cuts down on the need for far more expensive anti-retrovirals. Here’s a site that monitors insurance coverage of PrEP. Money quote:

We have not heard of any insurance company or any Medicaid program outright denying coverage of Truvada as PrEP. Some companies and programs are requiring prior-authorization, however, which requires paperwork to be filled out. And the type of insurance coverage you have, including prescription drug benefits, will determine the cost to you as the consumer. To date, we have seen the biggest barrier to obtaining PrEP from providers who are unwilling to write a prescription.

Let them know if your insurance is denying coverage. Another reader:

You ask why aren’t gay men on Truvada?  Uh, cost???  I have a gold-level insurance plan and the Truvada manufacturer’s coupon (good for up to $200 per month), but it’s still costing me $469 per month. Truvada, like every other anti-retroviral, is a “non-preferred” drug on the formulary of every insurance plan that I could find in my state. I guess they’d “prefer” that we just drop dead. I’m starting to wonder if I shouldn’t fly to India and try to arrange a generic supply. How many gay men are going to go ask their doctors for prescriptions if they’ll still have to fork over almost $500 per month to get it?

Is it being prescribed as preventative medicine? Several more readers sound off:

I am a sexually active HIV-negative gay man who started taking Truvada as a preventative four months ago. I’m in my mid-40s, and during my 25 years of sexual activity I have been a spotty practitioner of safer sex. That I have remained HIV-neg is probably a combination of luck and the fact that I am an exclusive top. (I am also circumcised – no idea if that is a factor).

So am I a Truvada whore? I have no idea. In the gay community, a whore is anyone who gets laid more than you do

I have great health insurance, and when I heard about research showing Truvada’s efficacy as an HIV preventative, I thought, “Why the hell not?” My luck could run out one day, and if Truvada boosts my chances of remaining negative with minimal cost to me, why wouldn’t I take it? I also thought about my partners, many of whom I care about beyond their heavenly posteriors. Testing positive for HIV would be bad enough; knowing that I might have unwittingly spread the bug to someone else would be too much to handle.

Getting the drug is not without hassle. I asked my primary care physician for a prescription when I went for my annual physical. She seemed unaware of the Truvada-as-preventative research. Even after I showed her CDC/NIH recommendations (which I had printed out and brought with me), she was uneasy about giving me a prescription and referred me to an infectious disease specialist. I finally got the drug, but only after seeing the other doctor and subjecting myself to another round of blood work.

Also, it is my understanding that not all health insurers cover Truvada for the HIV-negative. If mine didn’t, there is no way I could afford the medication on my own.

The optimist in me hopes that once other drug companies develop similar PrEP drugs, prices will come down. I’ve also read they are looking into a long-term injection method that would last three months which would help with any “taking it daily” problems. And perhaps way down the road generics will be made available. Let’s hope.

This reader could use some:

I found your post regarding Truvada so timely – as in today, when I went to a NYC pharmacy to fill my own prescription to start PreP, an HIV-negative guy of no particularly promiscuous lifestyle, deciding the medical benefits of Truvada for PreP were unassailable.

Last year, before news of its efficacy for for PreP really began hitting the mainstream press, I’d learned about it from Facebook posts about the FDA’s then-new guidance posted by more informed gay pals, some of whom were health advocates. Learning quickly of the controversy and so-called shaming from some gays didn’t faze me in the slightest; I’m not a peer pressure guy and rationally considering the medical science made it a no-brainer: I wanted this drug in my arsenal.

Still, it took several months from thinking about it to acting on this knowledge at my annual physical exam. My doctor was 100% supportive, explained how I would need to strictly adhere to daily use and regular monitoring in his office, wrote me a prescription and, warning that my insurance company probably wouldn’t cover it, gave me a manufacturer’s “co-pay assistance program” card, essentially a discount club, with which I duly registered. (The Gilead program’s customer support person, who had not yet encountered anyone calling to register for the assistance intending to use it for PreP, had to check with her supervisor that their program would apply, but it turned out this was ok.)

So far so good. Until I reached the drugstore counter though, just today here in NYC. At $1,320 for a month’s supply, the cost was breathtaking, at least to one who has never faced the bills of someone with a chronic disease. Just as my doctor suspected, my AETNA plan won’t cover PreP, everyone knows there is no generic alternative, and Gilead Sciences, the manufacturer, is selling it at at what they are selling it for. Were I already HIV positive, my insurance company would cover Truvada much more cheaply, but AETNA knows I am not trying to get it for HIV, because my doctor prescribed it alone, not in a three-drug combination “cocktail” that signifies an HIV prescription.

The pharmacist helpfully gave me the printout explaining the cost breakdown from ATENA’ drugs formulary. The cost for a 30-day supply was $1,539, the fact I was an AETNA member got me a contracted discount price of $218.96 off (14.22%), but there was no coverage or partial coverage by AETNA, no manageable co-pay for me. Rather, it was all-pay. I walked out of the drugstore and realized I will need to reassess. And then I got home to see your Dish post, which only strengthened my conviction this drug should be available widely as a prudent personal and public health measure.

It took me a couple of minutes to discover that Aetna does indeed cover Truvada. Money quote:

A documented diagnosis of human immunodeficiency virus (HIV) OR

A documented diagnosis of initiating therapy for pre-exposure prophylaxis (PrEP) to reduce the risk of sexually acquired HIV-1 in adults at high risk AND documentation of all of the following:

NOTE: Members may receive a 30 days’ supply of medication upon initial request of Truvada for PrEP diagnosis. After 30 days, above criteria must be met.

You might be interested to know that, at least in Illinois, many ACA plans have very poor coverage for Truvada.  In fact, Illinois ACA plans generally have poor coverage for all HIV drugs.  I’d highly recommend taking a look at this study [pdf] done by the AIDS Foundation of Chicago on coverage for HIV drugs by ACA plans in Illinois.  For example, under Aetna’s Illinois plan, Truvada is a “non-preferred” drug that usually requires out-of-pocket costs of $733.99 a month, effectively putting it out of any normal person’s reach.

Of course this reader focuses on The Horror! of paying $734/month for Truvada – instead of doing us the service of pointing out that in the very same PDF we learn that BCBS has it available at a $50 copay for silver plans; $35 for gold. Likewise, even at $734, the cost is still subject to the plan’s deductible and out-of-pocket max, meaning almost exactly nobody is going to be paying $734/month for the entire year on these plans.