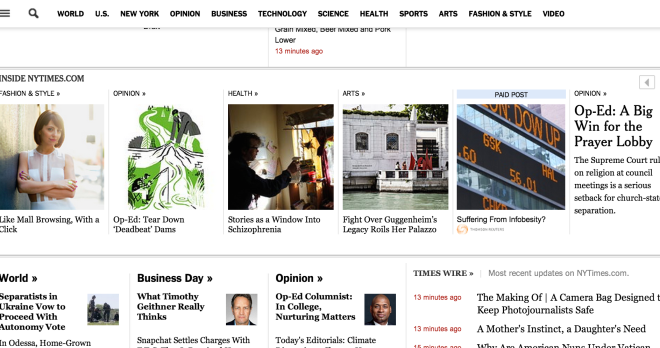 How long does it take you to spot it? Update from a reader:

Umm no, it’s not the same typeface for either header or blurb. The font size is about the same but the “PAID POST” is slightly bolder, and the blurb is sans serif whereas blurbs for non-sponsored content is with serifs. That being said, however, due to the font size being the same size and the presentation on the page itself, it does lend itself to deception, despite the slight differences. The sneakiness is putting just enough differences that eagle-eyed readers would spot it but to the casual reader, the difference isn’t enough to highlight that it’s sponsored.