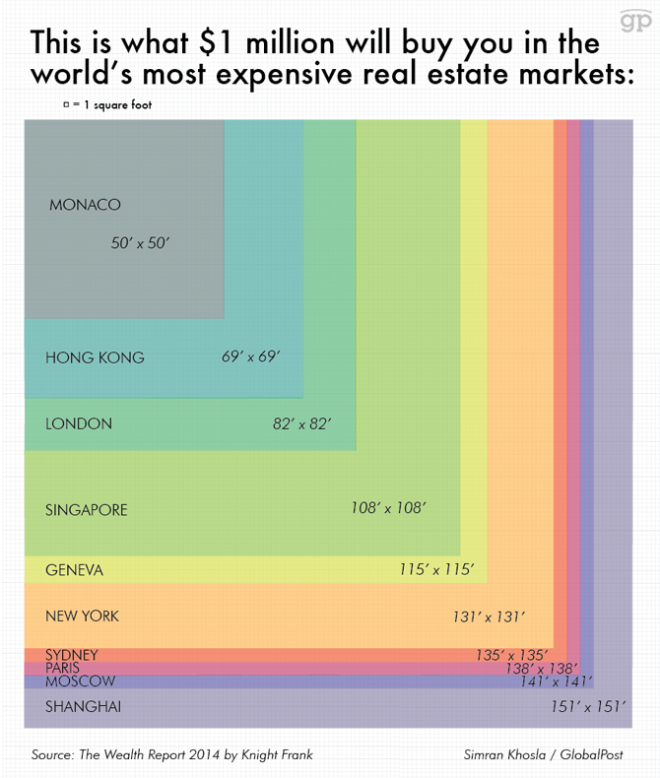 The globalization of real estate upends some of our basic assumptions about housing prices. We expect them to reflect local fundamentals – above all, how much people earn. In a truly global market, that may not be the case. If there are enough rich people in China who want property in Vancouver, prices can float out of reach of the people who actually live and work there. So just because prices look out of whack doesn’t necessarily mean there’s a bubble. Instead, wealthy foreigners are rationally overpaying, in order to protect themselves against risk at home. And the possibility of losing a little money if prices subside won’t deter them, [urban planner Andy] Yan says, “If the choice is between losing 10 to 20 per cent in Vancouver versus potentially losing 100 percent in Beijing or Tehran, then people are still going to be buying in Vancouver.”

The challenge for Vancouver and cities like it is that foreign investment isn’t an unalloyed good. It’s great for existing homeowners, who see the value of their homes rise, and for the city’s tax revenues. But it also makes owning a home impossible for much of the city’s population.

Emily Badger wonders whether taxing foreign investors could be an answer:

Taxing them for the privilege – beyond existing property taxes – probably won’t deter foreigners who have a lot of money to shell out in the first place … But maybe that revenue could be spent mitigating some of the consequences of international investment. What if cities used that money to create new affordable or moderate-income housing, as communities in London are considering? Or to help pay for a proposal like Mayor Bill de Blasio’s $41 billion plan to ensure 200,000 affordable-housing units in New York? Or to support programs and infrastructure that benefit the residents who do live in town?

Cities already require such concessions of real estate developers, who have to fund public parks, affordable housing or new school construction in exchange for the right to develop a project. What would happen if we thought in similar terms about the investors who later come in to buy that finished real estate?