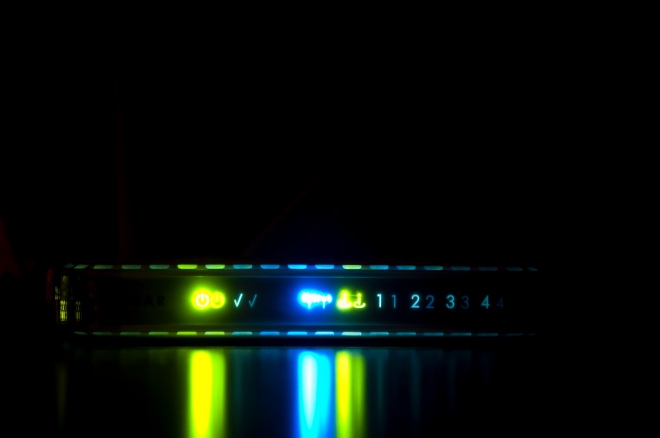 Exactly a year ago, David Roberts of Grist announced that he was taking an internet break, and would return on Labor Day of 2014. Roberts wrote at the time

I am burnt the fuck out.

I spend each day responding to an incoming torrent of tweets and emails. I file, I bookmark, I link, I forward, I snark and snark and snark. All day long. Then, at night, after my family’s gone to bed and the torrent has finally slowed to a trickle and I can think for more than 30 seconds at a stretch, I try to write longer, more considered pieces.

I enjoy every part of this: I enjoy sharing zingers with Twitter all day; I enjoy writing long, wonky posts at night. But the lifestyle has its drawbacks. I don’t get enough sleep, ever. I don’t have any hobbies. I’m always at work. Other than hanging out with my family, it’s pretty much all I do — stand at a computer, immersing myself in the news cycle, taking the occasional hour out to read long PDFs. I’m never disconnected.

It’s doing things to my brain.

So he elected to take a break from internet life. He’s not the first. Disconnecting from the internet has become a little genre onto its own. The most well-known of these disconnections, and the most emblematic, is that of The Verge‘s Paul Miller. And it’s emblematic precisely because of what Miller says didn’t happen– he didn’t get wiser, he didn’t get healthier. He writes,

It’s a been a year now since I “surfed the web” or “checked my email” or “liked” anything with a figurative rather than literal thumbs up. I’ve managed to stay disconnected, just like I planned. I’m internet free.

But instead it’s 8PM and I just woke up. I slept all day, woke with eight voicemails on my phone from friends and coworkers. I went to my coffee shop to consume dinner, the Knicks game, my two newspapers, and a copy of The New Yorker. And now I’m watching Toy Story while I glance occasionally at the blinking cursor in this text document, willing it to write itself, willing it to generate the epiphanies my life has failed to produce.

I didn’t want to meet this Paul at the tail end of my yearlong journey.

This, in my experience, is typical of people who have disconnected: they come back to report that in fact their online selves are more real and more fulfilling, and that really it was their doubts and dissatisfaction with the internet that had been misguided. Some go so far as to say that disconnecting is not actually possible. Miller cites Nathan Jurgensen, who has built a theory of pathology for those who advocate disconnecting. The message is clear: you can take your break, but there is no escape.

Miller is part of what I’ve called, in the past, the internet’s immune system. It’s a facet of online culture whereby even the mildest criticism of digital life attracts reflexive, defensive argument, even though the entire weight of capitalism pushes us to spend more and more time in that digital space. Alan Jacobs recently wrote about this weird fantasy world where Luddites are more  powerful than enthusiastic technologists, saying “Where you and I live, of course, technology companies are among the largest and most powerful in the world, our media are utterly saturated with the prophetic utterances of their high priests, and people continually seek high-tech solutions to every imaginable problem, from obesity to road rage to poor reading scores in our schools.” One of my favorite bloggers, Michael Sacasas, has written at length about the odd way in which one of the most powerful economic and cultural forces in the world has come to be defended as if  were a powerless underdog. Jurgensen acquits his arguments well, but I always am left wondering: where, exactly, is this perception of threat coming from? From a small handful of people who have disconnected from the internet, in comparison to the millions who spend most of their waking lives online?  It’s strange.

I will 100% cop to the fact that I am one of those IRL fetishists that Jurgensen derides. Because for me– for me– the internet is fun and useful but not nearly as moving or important as real life. And I think that, for most people, meeting someone face to face, enjoying their physical presence, is not replicable digitally. But that’s just my perception, and I have no interest in spreading that Gospel. Like Alan, I would like it if online triumphalism was not rendered compulsory by its avatars. What I want to say to others is that if you want to disconnect, you need to really disconnect– you can’t spend your offline time thinking about your old online self. When I read Miller’s piece, it’s unclear to me whether he ever went all the way in his disconnection. Of course the experience will disappoint you if you go offline but keep your online state of mind.

So that’s the real question for Roberts. Were I a betting man, I’d say he comes back and says something similar to Miller– it was cool, I lost some weight, played with my kids, but it wasn’t really a big deal and I better appreciate how the internet makes us “social” now. But the deeper issue is whether he’ll come back having spent that year thinking of all the funny stuff he’d be saying or cool stuff he’d be learning if he were online. If that’s the case, I’m afraid there’s no way disconnecting could ever have satisfied him.