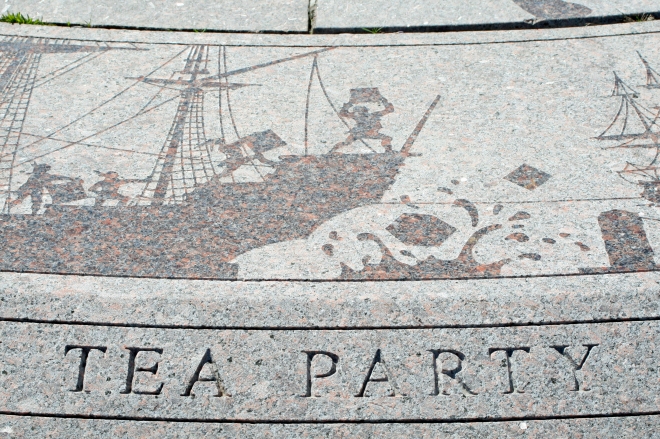 Last week Sarah Posner expanded on Ed Kilgore’s argument that the efforts of the Christian right are a big reason for the rise of libertarianism in the United States – and why Robert Draper’s NYT Magazine story on libertarian politics was off the mark:

I do think that non-religious libertarians played a role in elevating some of the Tea Party agenda to the fore of the Republican Party. But Kilgore is right that the Christian right — a movement very much at home in the Tea Party movement, and one which would take up a good deal of space in a Venn diagram of the coalition — made that libertarian-ish conservatism an ideology that could find a comfortable and uncontroversial place in a political party whose electoral fortunes hinge on holding together a coalition of religious conservatives and anti-regulation free marketers.

An essential dogma of the religious right is that government should provide minimal services for and impose minimal demands on the citizenry. Sound familiar? But the reason isn’t, as popular libertarian dogma would have it, because the government should keep its nose out of your business. Dating back to conservative Christian red scares, anti-union and anti-New Deal ideology, and to Christian Reconstructionist framing of the proper role of government in relation to the church, the family, and the individual, these principles emerge from the idea that the secular state is the enemy of a proper Christian ordering of markets, social norms, and family and religious life.

The thrust of Posner’s piece is to express doubts about “the so-called ‘libertarian moment’ that we may or may not be witnessing,” viewing it not as the emergence of anything new, but rather a sleight of hand concealing the religious right’s grip on the Republican Party. Move along everybody, the theocrats are still running the show, is what she and Kilgore seem to be saying. The Tea Party, don’t you know, has more conservative Christians than real libertarians among its ranks. That’s true but beside the point – it only shows that the Republican Party might fail to exploit the emerging libertarian sensibility, especially among younger voters, that Draper describes. And it has absolutely nothing to do with where this sensibility comes from and what issues are driving it.

Posner is right that, historically, the Christian affinity for some libertarian ideas has not been about a principled defense of freedom, but rather anxiety over the government supposedly imposing secular values on ordinary, God-fearing Americans. The rhetoric of limited government really has been used to advance the agenda of the religious right. But what does that have to do with millenials who are fine with pot and gay people and tired of the wars that have marked so much of their lives? Here’s an important passage from early in Draper’s story:

[T]he age group most responsible for delivering Obama his two terms may well become a political wild card over time, in large part because of its libertarian leanings. Raised on the ad hoc communalism of the Internet, disenchanted by the Iraq War, reflexively tolerant of other lifestyles, appalled by government intrusion into their private affairs and increasingly convinced that the Obama economy is rigged against them, the millennials can no longer be regarded as faithful Democrats — and a recent poll confirmed that fully half of voters between ages 18 and 29 are unwedded to either party. Obama has profoundly disappointed many of these voters by shying away from marijuana decriminalization, by leading from behind on same-sex marriage, by trumping the Bush administration on illegal-immigrant deportations and by expanding Bush’s N.S.A. surveillance program.

It’s true that Draper speculates about the fortunes of Rand Paul and the Republican Party, but he made clear that Republicans would need to do some real work to take advantage of the younger generation’s political views – as he put it, “Republicans would seem well positioned to cast themselves as the fresh alternative, though perhaps only if the party first reappraises stances that young voters, in particular, regard as outdated.” The premise of Draper’s article, in other words, is exactly the opposite of everything Posner and Kilgore write – that our libertarian moment exists independent of the Republican party and it’s religiously-based social conservatism. Draper’s point is not that the libertarian moment is a Republican moment, but that younger voters increasingly hold libertarian-leaning positions on a constellation of issues increasingly, and that, just maybe, a figure like Rand Paul can be a vehicle for their aspirations. But even if Paul can’t, these libertarian sentiments exist. They are, in a way, the independent variable in Draper’s story.

Posner’s article is titled “The ‘Libertarian Moment’ Wouldn’t Exist Without Religion” and Kilgore’s “The So-Called ‘Libertarian Moment’ Is Engineered By The Christian Right.” Both get it exactly wrong. Consider Draper’s description of younger voters noted above – what does any of that have to do with an amorphous “religion” or the Christian right, apart from their notable absence? I would love for Posner to explain how support for pot legalization “wouldn’t exist without religion” or for Kilgore to demonstrate how the Christian right “engineered” millenials wariness of the surveillance state, because those are the kinds of issues our libertarian moment is about. If the most interesting thing you can do with all this is rail against the Republican party, you’re missing the point.