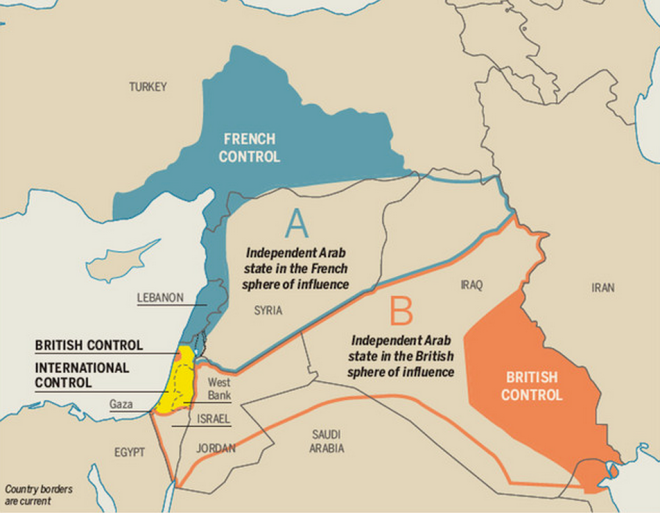 I find it disappointing that you have not once, in your series of posts on Islam, significantly reflected on 100+ years of American murder, destruction, destabilization, support for dictatorship, and stealing of resources as radicalizing factor in the Muslim world. The constant arguments of the type “well, Christianity doesn’t have a radicalism problem” completely ignores that the Christian world has not been subject to a century-long campaign of aggression and mistreatment by America. There can be no hope for moderation among a people who have been subjected to constant injustice since before either of us was born. Since World War I, there has never been a time when the United States has not been directly and destructively influencing the greater Muslim world. That has radicalized many Muslims. And it is a failure of basic moral principle to be a citizen of a country that is participating in a destabilizing, radicalizing, moderation-undermining campaign against the members of a religion and to turn around and ask why they are not more moderate.

If there is a cancer in the Muslim world, then America’s behavior is the carcinogen. I wrote about this history here.

Sam Harris will never, ever genuinely and meaningfully interrogate the history of American injustice against Muslims. It’s simply too contrary to his enormous prejudice. But you can. And according to the most basic moral principles – that’s Western principles, by the way, Christian principles and secular alike – your responsibility is your own country. In democracy, your job is your own country. So clean your own house before you tell a billion other people how to clean theirs.

Another reader is on the same page as Freddie:

While I found your comments regarding Islam’s relationship to modernity far more reasonable than Maher’s, I was nevertheless troubled by the lack of historical context that informs them.

Reading your post, it’s as if Western colonialism and imperialism never happened. Both you and Maher speak as if modernity is some unmitigated good. But modernity is both liberalism and imperialism. It is the gradual empowerment of women and gays and also the subjugation of foreign cultures in the name of “progress”. It’s true that certain elements of Christianity (and all religions) have had difficulty adjusting to modernism. But it simply will not do to say that Christianity and Islam have the same relationship to modernism. Negri understood this in Empire:

This should not stop us from calling out the brutality toward women and other types of barbarism that we see being justified in the name of Islam (or any ideology). But if you’re going to talk about how large segments of Islam are, on some level “behind” the modernization of other religions let’s acknowledge how our oh-so-modern Western society is in many ways responsible for the distrust that so many Muslims have of “modernism”.

How another puts it:

It cannot be ignored that the Middle East is a broiling mess in large degree because the West made it so, not because of Islam. The West found and exploited oil in the region. The West carved up the territory in ways that made sense only to the colonizers. Outright colonization ended only with installation of Western-friendly, oil-pumping despots who enriched themselves while feeding their people religion as a substitute for agency. Western Jews emigrated to escape Western brutality and the West granted their desire for an ancient homeland there. It is indeed rich to hear Westerners decry Islam as the proximate cause of dysfunction in the area while absolving ourselves of any role.

There is also a bunch of great dissent over at our Facebook page. One reader there:

I believe Andrew’s central hypothesis is flawed, or at least mis-stated. If there is a causal relationship between Islam and a propensity for violence, then we should be able to observe that Muslim populations are more likely to be committing acts of violence. Just imagine the opposite case – what if we could assess the actions of all Muslims for all of history, and compare that to the behavior of all Christians, Hindus, Buddhists, atheists, and people of other faiths, and the net result was that people who were Muslim were no more likely to commit acts of violence than anyone else. Would there be a “trouble with Islam” if there is no difference in actions?

We can test his hypothesis in several ways, and by doing so we can better understand what specific trouble there may be with Islam. First, looking at the intrinsic nature of Islam from the time of the Koran – as often noted, for much of history practitioners of Islam were no more prone to violence than other groups. Even in the past 100 years, if you look at which nations have killed the most people, it is clear that Muslim nations are not high on the list. In fact, if you even look since 9/11, the greatest number of people who have been killed were Christians at the hands of other Christians in Congo. I recognize that US national interests and media coverage have been much more focused on the significantly smaller number of killings in the Muslim world, but if the premise is that Islam causes a greater level of violence than other religions, why doesn’t that show up in the numbers?

I would agree that in the past 10 years, the greatest worldwide killing has been committed by Muslims – first Iraq and then Syria. But if the hypothesis about the problem with Islam is limited to the past 10 years, then it is less about Islam per se and more about current extremist movements within Islam. And if he could make that clarification, his hypothesis is more accurate and thus would eliminate perceptions of bigotry from liberals such as myself.

Furthermore, with a more accurate hypothesis, we could also look more clearly at what the true root cause of the problems are and thus generate a better list of potential corrective actions. I have three alternative hypotheses that I find plausible, although I do not yet have adequate data to confirm them, but each of the three would suggest different possibilities for resolution. (1) Resource deprivation – Jared Diamond’s asserted in Collapse was that this was a major contributing factor to instigating the Rwanda genocide; the violence in Syria was preceded by an unprecedented drought that drove over 70% of the agrarian population into the cities in the 18 months before the violence began; (2) Youth – many of the areas with the greatest level of violence also have the youngest populations – I was surprised to discover for example, less than half the current population in Gaza was even alive when Hamas won the election back in 2006; (3) Wealth inequality – Since 1972, the Middle East has had an exceptional level of wealth imbalance between the Saudis and similar small, oil-rich Gulf states as compared to the Arab street in Egypt, Damascus, etc. At the same time, since the early 1970’s, those wealthy Arab states have increased their funding for Islamic extremists. It is at least a plausible hypothesis that directing public animosity at the US and Israel through Islamic extremism is a way to distract people living on $2/day from from neighbors buying Lamborghinis on a whim. If this seems like a prosaic rational for extremism, remember that Slobodan Milosevic started inciting ethnic hatred in the former Yugoslavia because he was a second rate politician facing poor polling data and a weak economy, and he needed a distraction.

I am not sure yet that any of these three alternative hypotheses are true – but if they are, they each suggest approaches to address. If the problem is intrinsically with Islam as a simplistic reading of Andrew’s hypothesis suggests, then it starts sounding like the only solution would be conversion (or in some other formulations, something like the 30 Years War and a major subsequent maturation of Islam to become an adult religion). It is in all of our interests to diagnose the problem accurately, and thereby be able to see with more clarity the potential solutions.

I know you don’t view “those countless Muslims and Muslim Americans whose faith is real and deep and admirable” as outliers in their own faith, but the logical conclusion of yours and Harris’ argument leads to exactly just that conclusion. Extremism and fanaticism simply don’t occur in a vacuum, nor are they inbred characteristics. You use the example of Saddam, a murderous crypto-fascist who presided over a state you have now argued countless times *should never have existed to begin with* as an example of the unique and innate violence of Islam as though there were a different scenario whereby such a state could ever exist without massive coercion.

Sure, you’re free to criticize a current manifestation of any religion, but the manifestation you cite is still so marginal, and sits so far outside the lived experience of the vast majority of the worlds Muslims (90% of whom aren’t even Arab). A religiously observant Muslim in Michigan is as confused and as troubled by the rise of ISIS as you are yet you would find that person morally culpable for that very thing. The Ku Klux Klan enjoyed greater sanction among mainstream Protestants, not just in the South, at the height of their powers, and yet we (perhaps you, not Harris) look upon these movements as self-serving aberrations of Christian doctrine and not manifestations of them.

Maybe a lot of those “countless” Muslims you described are tired having to apologize to the Sam Harrises and Bill Mahers of the world (the latter of whom seemed either unwilling or unable to engage with Muslims living in the US in his film, Religulous). They are tired of having to shoulder collective responsibilities for monsters that were not of their own making. Islam doesn’t explain the Assads, nor does it explain why Saudi Arabia was given carte Blanche to arm the rebels in the first place, nor does it explain Erdogan’s vaguely neo-ottoman revanchism, nor does it explain most of the West’s encounter with the Arab World since WWII. And that is really what we’re talking about here (the prototypical Muslim we have in mind is rarely ever African-American, Malaysian, or even Iranian).

I don’t think you’re assessment is bigoted, just incredibly blinkered. And you’re free to believe the Ayaans and Irshads of the world hold the key to unlocking a new pluralistic era in Islam, but good luck finding any (even Progressive) Muslims who agree with you on that.

The above map is “the Sykes-Picot treaty that carved up the Middle East”. Its voxplanation:

You hear a lot today about this treaty, in which the UK and French (and Russian) Empires secretly agreed to divide up the Ottoman Empire’s last MidEastern regions among themselves. Crucially, the borders between the French and British “zones” later became the borders between Iraq, Syria, and Jordan. Because those later-independent states had largely arbitrary borders that forced disparate ethnic and religious groups together, and because those groups are still in terrible conflict with one another, Sykes-Picot is often cited as a cause of warfare and violence and extremism in the Middle East. But scholars are still debating this theory, which may be too simple to be true.