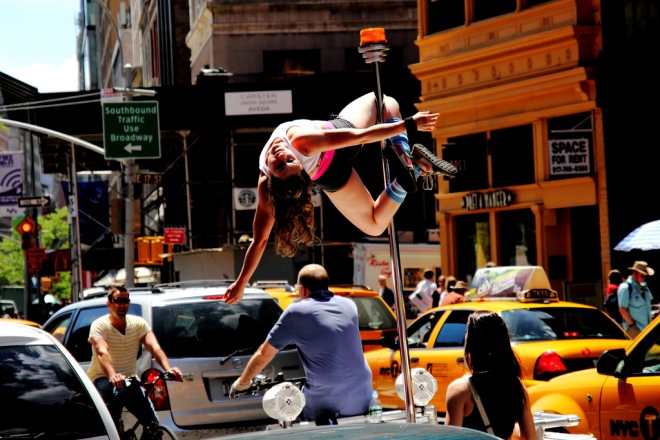 Dancers and managers at a Washington state strip club are now suing to stop their county from releasing their names, photos, and other identifying information to a man who has filed a public records request for it. The complaint, filed in U.S. District Court in Tacoma [last] Tuesday, says the Pierce County Auditor’s Office received a request from David A. Van Vleet for copies of all adult entertainment licenses on file for Dreamgirls at Fox’s. Why does this man want identifying info on current and former dancers at the Tacoma-based strip club? Nobody knows. (I reached out to Van Vleet yesterday but haven’t heard back.) But because strippers in most areas of Washington must obtain an “entertainer’s license”, their identities are a matter of public record.

Attorney Gilbert H. Levy acknowledged that the information was technically fair game under the state Public Records Act, but said the privacy and safety interests of strip club workers necessitates keeping their real names and identities confidential. “It’s a unique occupation and it’s a controversial occupation,” Levy told CBS Seattle. “Some people like nude dancers, and other people for religious or for other philosophical reasons don’t. There’s some stigma attached to the occupation, and most dancers for personal privacy reasons and safety reasons, don’t want the customers to know who they are outside of the club.”

In other words, it’s entirely likely the person who wants this information is a crazy stalker or an anti-sex nutjob. Maybe merely a blackmailer or a 4chan-er. At any rate, it’s hard to imagine many non-nefarious reasons for requesting personal information on a wide swath of individuals in a sensitive job.