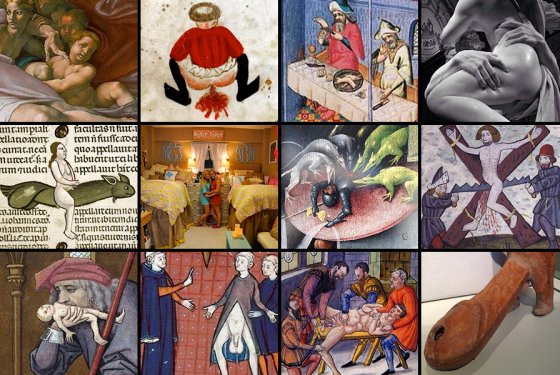 A reader senses a double standard:

Reading your excerpt of Jerry Saltz’s piece and reflecting on your recent writing on the stifling of debate with cries of racism, sexism, etc., I’m struck by a thought. You say there’s a certain amount of homophobia gays must learn to tolerate because the alternative (i.e., silencing those with politically incorrect views) is even worse. Ditto sexism, ditto (presumably) racism and anti-semitism. Homos, blacks, Jews, women: Toughen up. People will say things that hurt your feelings, but too bad. The world cares not. Free speech is more important than your bruised emotions.

And yet. Saltz seems quite to have had his feelings hurt by being called a racist, a perv, a hater of women. Should he not toughen up as well? It would appear to me there is a quite a debate going on – about whether Saltz’s views are out of bounds. Is that not a debate worth having as well? And if it is, then Saltz and his hurt feelings can get in line with all the gays who are tired of homophobia, all the black folks who are tired of racism, all the women who are tired of catcalling, and just realize that the debate is more important.

Yes, I think the targets of the left’s various public shamings – shamings now put on rhetorical growth hormone by the  Twitter and Facebook mobs – should take it on the chin, unless their very existence as a writer is under threat. I’m fine with my being hauled out and shamed, even by Dish readers – but that’s because I have real freedom here to write what I think and take whatever lumps come my way. That’s the beauty of an independent site and the free speech zone here at the Dish. I am not directly threatened by these new puritans in the discourse. But so many others are – in academia, especially, but also in journalism. And when the point of the shaming is to shut down a person’s job or livelihood, to stigmatize so as to punish views that are violations of left-wing church doctrine, then I think the victims have every right to point out the threat to free discourse. That’s different than whining about having one’s feelings hurt.

Because the real troubling part of Saltz’s piece was the pressure to have him fired:

People stormed off the internet in disgust; letters were written to my editor demanding that I step down and asking me to “explain myself.”

I have a real issue when ideology requires that others be silenced or fired. And this line is a real one. It’s perfectly possible to chew someone out in public in devastating ways, while still defending that person’s absolute right to be part of the conversation. We should want our opponents to stay in the ring, if we want to advance discourse and ideas and win hearts and minds in a public debate. And yet, the deeper impulse behind the left’s latest burst of outrage is precisely the opposite. It is to deny that there is any debate worth having, and then to silence or remove those who are on the other side. I despise that impulse, whether it comes from the right (such as their use of the anti-Semite card to police criticism of Israel) or from the left (such as the shutting down of debates on abortion). And it seems to be on a major upswing on the left.