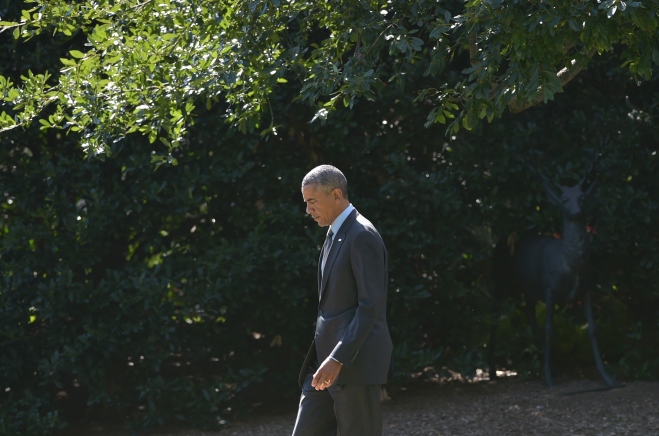 “The GOP has withheld cooperation from every major element of President Obama’s agenda, beginning with the stimulus, through health-care reform, financial regulation, the environment, long-term debt reduction, and so on. That stance has worked extremely well as a political strategy. Most people pay little attention to politics and tend to hold the president responsible for outcomes. If Republicans turn every issue into an intractable partisan scrum, people get frustrated with the status quo and take out their frustration on the president’s party. It’s a formula, but it works.

The formula only fails to work if the president happens to have an easy and legal way to act on the issue in question without Congress. Obama can’t do that on infrastructure, or the grand bargain, and he couldn’t do it on health care. But he could do it on immigration. So Republicans were stuck carrying out a strategy whose endgame would normally be “bill fails, public blames Obama” that instead wound up “Obama acts unilaterally, claims credit, forces Republicans to take poisonous stance in opposition.” They had grown so accustomed to holding all the legislative leverage, they couldn’t adapt to a circumstance where they had none,” – Jon Chait, cutting through the chatter as usual.

I still don’t like the executive action here – in an area appropriate for legislation. But as politics, it seems to me more successful than I expected. What Obama has done – rightly or wrongly – is break out of the zone he’s been placed in since 2010. The absolute obstructionism of the House GOP against anything the president might want to do could have rendered him utterly side-lined in his last two, critical years. In fact, that was their smug expectation. Instead the pressure has been ju-jitsued right back on them. The failure of the GOP to respond except in a succession of splutters and outrage has revealed one core reason for gridlock: the deep divide within the GOP that is now, on a critical issue like immigration, threatening to throw their future into doubt. I don’t know where this dynamic will take us. But it sure is more interesting than watching another two years of Congressional deadlock.