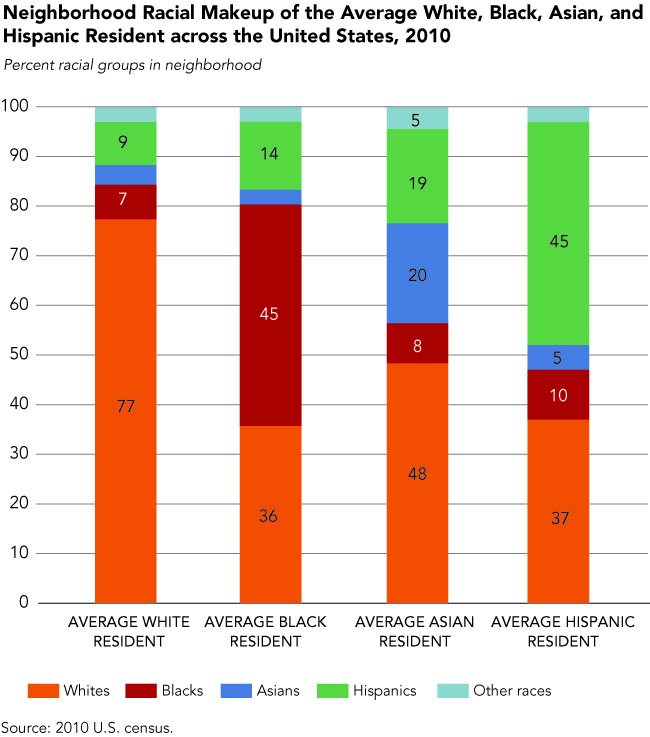 He expects the continuation of these trends:

Population shifts that are bringing Hispanics and Asians to previously whiter New Sun Belt and Heartland regions will most certainly continue to alter the neighborhood experiences of these groups by bringing them into more contact with whites. The nation’s blacks are moving onto a path that more closely follows that of other racial minorities and immigrant groups as more blacks move to more suburban and integrated communities. The broader migration patterns are moving in the direction of greater neighborhood racial integration, even if segregation is far from being eliminated.

And then it seems to me you have to factor in the increasing number of interracial marriages: 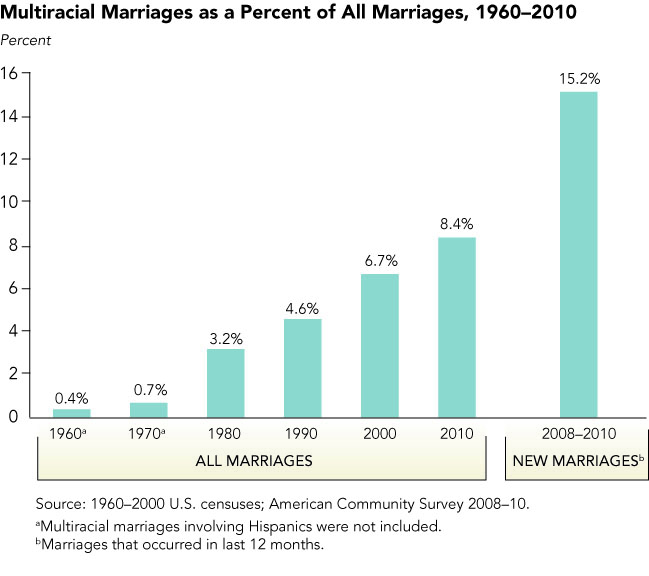 What Chris Rock was referring to with respect to his young daughters is the impact of this big generation of non-white babies. They’ll form yet another new minority – alongside Hispanics and Asians – until all such non-white minorities become a majority in 2050. At some point, it is conceivable that “race” will become so alloyed and meaningless a term it could become irrelevant, or that racism will become more nuanced and diffuse, revealing new variously-hued racial coalitions and identities. Or that at some point, the whole fixation with race will begin to dissipate and disappear in the face of our experience of our common humanity.

Yes, I can hope. And after Ferguson, it feels important to do so.