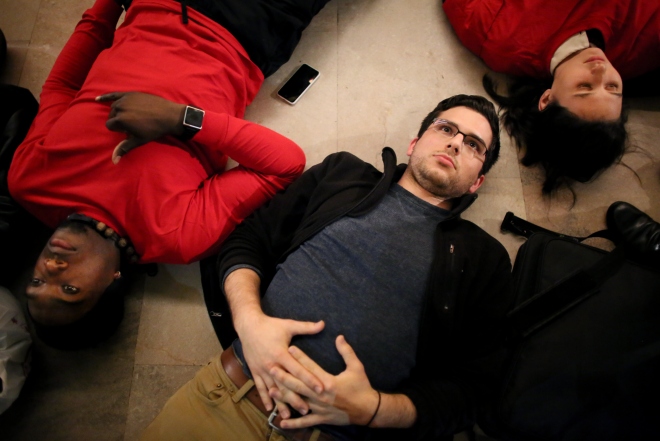 Demonstrators lie down during a protest in Grand Central Terminal in New York City on December 3, 2014. Protests began after a Grand Jury decided to not indict officer Daniel Pantaleo. Eric Garner died after being put in a chokehold by Pantaleo on July 17, 2014. Pantaleo had suspected Garner of selling untaxed cigarettes. By Yana Paskova/Getty Images.