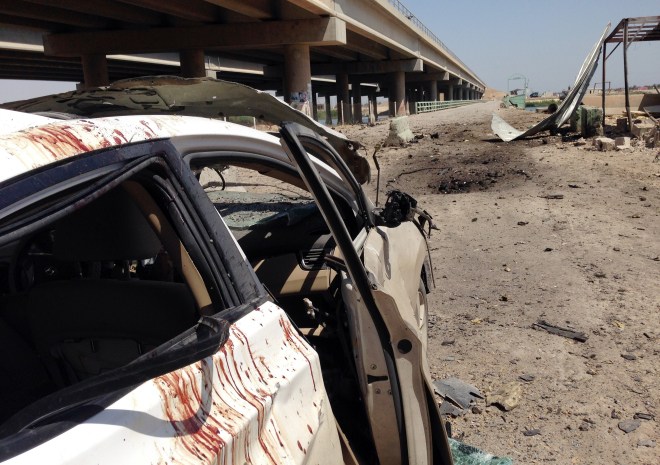 Tom Ricks writes hauntingly of what the Iraq War did to him – and even more to to countless others:

Iraq and its aftermath ran my life for several more years. I wrote another book on the subject, titled “The Gamble.” I consumed too much alcohol, and still do. I think I was a bit numb at times. For several years, until about 2010, my nights were spent in a mental box. My dreams were almost always of confrontation and frustration. Then there were those “black dreams”—I would sometimes jolt awake at night, dripping in sweat, fingernails digging into my palms, yet never be able to remember the nightmare. I grew to hate being in the same room as a loud television, especially if it was playing cable news or reality shows—it just felt like having shit thrown at me from across the room. I had long loved watching baseball, but I stopped going to Major League Baseball games because I had begun to find the stadium din, especially the blare of the loudspeakers, to be exhausting. In fact, I was always exhausted. I craved bland food—mashed potatoes, pasta, yogurt—to calm my churning stomach.

Time came and went. I knew that my wife and two children, now adults, would pay a price for my changed behavior.

We sometimes allow ourselves to believe that the trauma of those years is now over. But for countless people, the night-sweats remain.

(Photo: A damaged car with blood trails is seen next to a crater at the site of twin suicide bombing the western Iraqi city of Ramadi, the provincial capital of Anbar province, on April 16, 2014. The attacks targeted two checkpoints killing five people and injuring 12 according to police and medical reports. By Azhar Shallal AFP/Getty Images)