If Dan Savage gets to repeat his claim that women fantasize about rose petals, I’ll allow myself to reiterate my bafflement. From that recent interview:

PLAYBOY: What if someone asks what their partner wants and doesn’t like the answer?

SAVAGE: It happens all the time. Young women write me 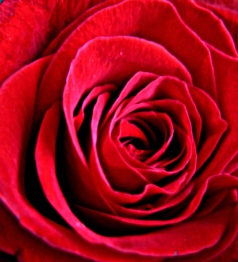 that they pressed and pressed their boyfriends to share their secret fantasies with them and then were terrified when they found out what those fantasies were—when it’s not “I want to fill the bed with rose petals and light a thousand tea candles in the bedroom.” That’s not a male fantasy. Girls tell me about Mr. Darcy from Pride and Prejudice and romantic comedies and all that bullshit. I always tell my female young-adult readers, “Careful. If you press him about his fantasy, you’re much likelier to hear ‘a three-way with you and your sister’ than ‘a trip to Paris.’ ” Male sexuality is crazy, perverse. Men are testosterone-pickled dick monsters. We just are.

Now, I don’t have access to the skewed but substantial data set that is Dan Savage’s inbox. I do, however, have access to a sum total of one female brain, as well as female friends, as well as the sitcom-tame but getting-somewhere take on female sexuality that is “The Mindy Project.”

Later in the interview, Savage talks perfect sense: “Female sexuality is different, whether you believe sexual reserve and caution are biological or cultural or some combo of the two, which is what I believe.” Indeed. It’s hard to dispute that whichever mix of cultural expectation and hormonal wiring leads to men expressing more out-there desires. What I just can’t accept is the centrality of rose petals to female fantasy life. Something about that just doesn’t ring true.