In April 1985, what was eventually to become a hugely popular anthology, Lifelines: Letters from Famous People About Their Favourite Poem, was 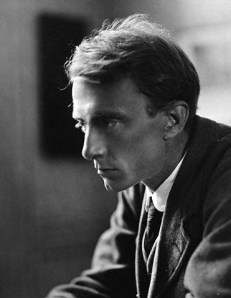 launched at Wesley College in Dublin as the first in a series of stapled pamphlets to raise funds “in aid of the Developing World.” Together those pamphlets comprised the first of three popular anthologies, each introduced by a famous Irish poet. For Christmas, a friend gave me the omnibus volume put together in 2006, a selection made from those heralded books.

In his introduction to the first, Seamus Heaney wrote, “This anthology was a magnificent idea from the start… a book in which poems re-enter the world refreshed rather than jaded by their long confinement inside people’s heads, a book that is surprisingly various and compulsively readable.”

The actress Judi Dench chose Edward Thomas’s poem “Adlestrop,” writing, “I love it because of its essential Englishness and because it reminds me of the time of steam trains and that special hiss that announced their arrivals and departures.”

Yes, I remember Adlestrop—
The name, because one afternoon
Of heat the express-train drew up there
Unwontedly. It was late June.
The steam hissed. Someone cleared his throat.
No one left and no one came
On the bare platform. What I saw
Was Adlestrop—only the name
And willows, willow-herb, and grass,
And meadowsweet, and haycocks dry,
No whit less still and lonely fair
Than the high cloudlets in the sky.
And for that minute a blackbird sang
Close by, and round him, mistier,
Farther and farther, all the birds
Of Oxfordshire and Gloucestershire.

(Photo of Edward Thomas in 1905, via Wikimedia Commons)