Late last year, an article appeared in The Guardian about the info that e-book seller Kobo collected about the habits of their readers:

After collecting data between January and November 2014 from more than 21m users, in 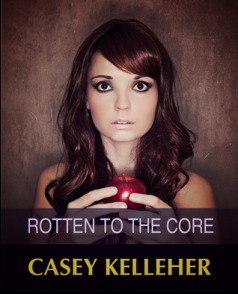 countries including Canada, the US, the UK, France, Italy and the Netherlands, Kobo found that its most completed book of 2014 in the UK was not a Man Booker or Baileys prize winner. Instead, readers were most keen to finish Casey Kelleher’s self-published thriller Rotten to the Core, which doesn’t even feature on the overall bestseller list – although Kelleher has gone on to win a book deal with Amazon’s UK publishing imprint Thomas & Mercer after selling nearly 150,000 copies of her three self-published novels. “Rotten to The Core by Casey Kelleher was the most completed book in the UK, with 83% of people reading it cover to cover,” said Kobo, “whereas the number one bestselling ebook in the UK, One Cold Night by Katia Lief [also a thriller] was only completed by 69% of those who read it.”

Francine Prose frets about the implications of collecting such data:

For the time being, the data being gathered concerns general patterns of behavior rather than what happens between each of us and our personal E-readers. But we have come to live with the fact that anything can be found out. Today “the information” is anonymous; tomorrow it may well be just about us. Will readers who feel guilty when they fail to finish a book now feel doubly ashamed because abandoning a novel is no longer a private but a public act? Will it ever happen that someone can be convicted of a crime because of a passage that he is found to have read, many times, on his e-book? Could this become a more streamlined and sophisticated equivalent of that provision of the Patriot Act that allowed government officials to demand and seize the reading records of public library patrons?

As disturbing may be the implications for writers themselves. Since Kobo is apparently sharing its data with publishers, writers (and their editors) could soon be facing meetings in which the marketing department informs them that 82 percent of readers lost interest in their memoir on page 272. And if they want to be published in the future, whatever happens on that page should never be repeated.

Will authors be urged to write the sorts of books that the highest percentage of readers read to the end? Or shorter books? Are readers less likely to finish longer books? We’ll definitely know that.