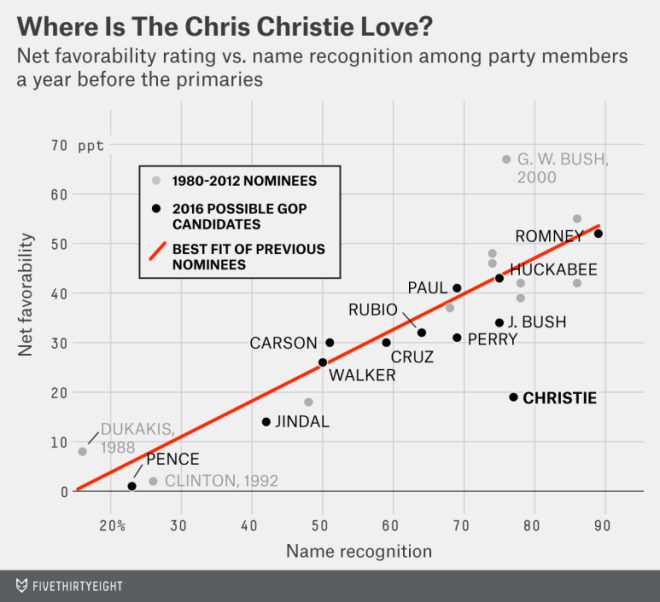 The New Jersey governor looks like he’s prepping for a run:

[ launched a federal political action committee, or PAC, Monday as he seeks to lay the groundwork for a likely 2016 presidential campaign.

Harry Enten deflates the Christie hype with the above chart:

Some nominees, such as Democrats Michael Dukakis and Bill Clinton, weren’t well known at this point in the campaign. Some, such as Republicans Bob Dole and Ronald Reagan, were very well known and popular. There was George W. Bush in 1999, who was particularly well liked, even if he wasn’t universally known. But no prior nominee had a net favorability rating more than 10 percentage points below where you’d expect given his name recognition.

Christie is 25 percentage points off the pace.