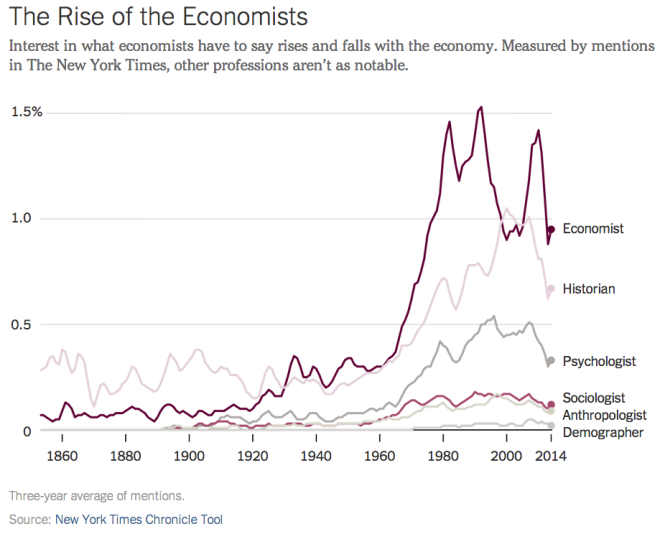 There’s an old Bob Dylan song that goes “there’s no success like failure,” and it’s a lesson that’s been central to the rise of the economics profession. Each economic calamity since the Great Depression — stagflation in the 1970s, the double-dip recession in the late 1970s and early 1980s, the 1991 downturn — has served to boost the stock of economists. The long Clinton boom that pushed unemployment down to 3.8 percent was good news for nearly all Americans, except economists, who saw their prominence plummet. Fortunately, the last financial crisis fixed that.

Today, the profession is so ubiquitous that if you are running a government agency, a think tank, a media outlet or a major corporation, and don’t have your own pet economist on the payroll, you’re the exception.