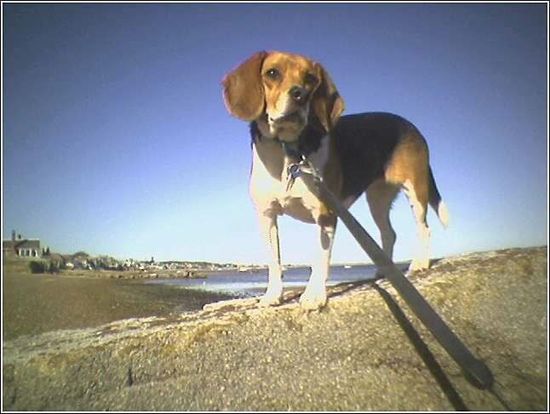 Though Sullivan concedes that “no one really knows” whether or not online readers will pay for a blogger’s content, others (like Glenn Beck) have proven that it is at least possible to make money from online subscriptions. Say what you will about his politics, as a blogger, Sullivan is a visionary. And by maintaining his own brand — and “ownership” of his blog — he has proven that he is a free agent, capable of moving from outlet to outlet without losing his audience. If anyone can pull it off, it might be Sullivan.

Rod Dreher says he has subscribed:

Longtime readers know that Andrew and I have argued and fallen out over various issues over the years, and have agreed on some of them as well. The thing about Andrew’s blog is that even when it drives me crazy, I keep reading it. I have to. I want to. He and his team are scooping up stories and information that means something to me. I don’t care about pot, and I don’t care about Obama love, and I don’t care about the evolution of gay culture — three of Sully’s big themes. I think Sully is often unfair to his enemies, especially the Pope.

What I do care about is the broader cultural coverage the Dish team aggregates, which has for years given me lots to think about, and, of course, to blog about. And what I do care about is reading opinion journalism that engages me and makes me argue with it, even when it ticks me off. I love The Dish sometimes, I hate it other times, but above all, I read it, several times a day. With so many sites out there clamoring for one’s attention, that’s quite an accomplishment.

Therefore, I’m happy to support them financially, and to invest in a journalism model that means something to me personally. I encourage you to do the same.

Let me say that I will never, never, never forgive Andrew Sullivan for what he hired Charles Murray to do to the New Republic–or, for that matter, for any other of his manifold sins against the Holy Ghost. Nevertheless, he and his myrmidons are always worth reading, and definitely worth funding now that they go Full Utopian on us.

Mistermix compares our new business model to others in the industry:

This is a variant of the subscription model other sites like the Times and Gannett papers are using, except that it sounds like a lot of the Dish content will always be free. In practice, those subscription models end up looking a lot like public radio or TV – it’s pretty easy to get the content for free even after you’ve reached a limit, so "subscribers" tend to be voluntary. Sully has a huge readership, so I assume that enough people will pony up $19.99 a year to pay for him and his two under bloggers, and his site will still get a lot of hits since you can still view a lot of the content without a subscription. He won’t be hosting ads on the site, which is an indicator of just how badly the Internet ad market is cratering.

Just on a factual note, the Dish has seven employees (five staffers and two paid interns), not just three, so the budget is a challenge, but the rest of the paragraph is largely correct. Steven Taylor probably won't subscribe:

Sullivan has been at the forefront of blogging since the beginning, so I will be curious to see how this plays out, although I am unlikely to be a subscriber, given that I have more free content to read now than I have time for (which is the biggest threat to this model to begin with).

Drum worries that "as free access gets rarer, blogging is going to get harder":

[T]his is a trend that's a real problem for blogging. I currently subscribe to three newspapers: the LA Times, the New York Times, and the Wall Street Journal. This costs me over a thousand dollars a year, but I need to have access to all these sites to do my job decently. But as more and more media sites start erecting paywalls, I simply won't be able to afford to keep up all the subscriptions. Andrew's 20 bucks a year is obviously fairly small change compared to subscription fees from big media operations, but as more and more sites go down this path, my choices are going to get harder and harder.

And Joyner does some math:

To be sure, clicking through for nothing is a different kettle of fish than being a paying customer. At least in the early going, though, a lot of people will sign up out of sheer loyalty for past services rendered. Hell, I did that for Josh Marshall’s site at a substantially higher price and most of its content is still free; I’ll almost certainly do it for Sullivan. Still, off the top of my head, I figure they’ll need at least $500,000 a year to cover salary and basic operating costs. That’s 25,000 $19.99 subscriptions.

I can't disagree on the math. And as the numbers come in, we're on our way. We'll report on the day's results when we have more data. But the trend is pretty amazing. Keep it going by pre-subscribing here.